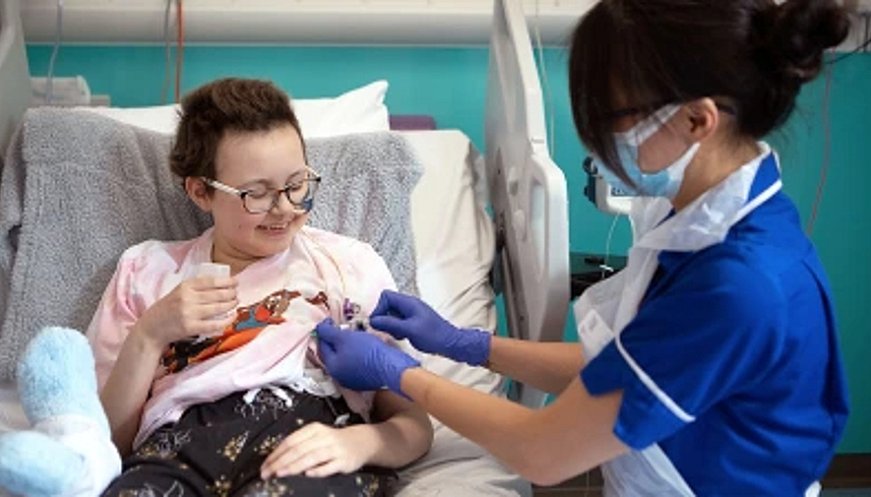 A 13-year-old English teen with an aggressive blood cancer is the first person in the world to be treated by a new kind of Chimeric Antigen Receptor T-cell therapy. Just 28 days after the treatment, her cancer went into remission and six months later, after another bone marrow transplant to restore her immune system, she is still cancer free. In the therapy, T-cells — a type of white blood cell — are removed from a patient and reengineered to display proteins called chimeric antigen receptors, multiplied, then infused back into the patient where they bind to proteins on cancer cells, helping to destroy the cancer. The researchers made several edits to donated T-cells, including one that removed a “flag” that identifies them as T-cells so they wouldn’t attack each other while being grown in the lab. The UK team is now moving forward with a clinical trial involving 10 children with T-cell leukemia that hasn’t responded to conventional treatments.