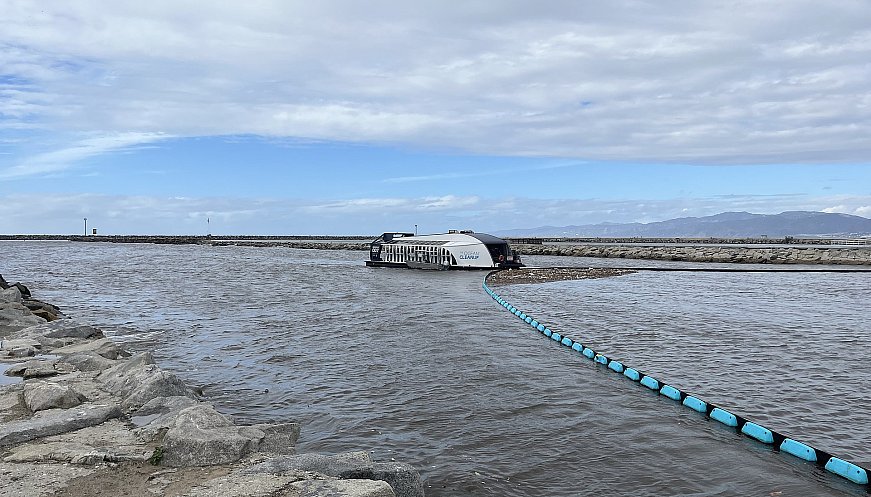 During a storm last November, trash on Los Angeles streets started to wash into rivers that flow to the ocean. Normally, all that debris and litter, including plastic bottles and bags, will end up in the ocean. But in one river, Ballona Creek, a new floating barrier had been installed by the Ocean Cleanup, a nonprofit bases in The Netherlands. The tech, called the Interceptor, is the latest installation from the nonprofit. By the end of the two-day storm, the device collected more than 35,000 pounds of trash. Once gathered against the barrier, a solar-powered conveyor belt pulls the trash out of the water and into dumpsters on an attached barge. Later that garbage is taken away for sorting and recycling. The county installed a sign near the device introducing the technology to those interested. L.A. County Public Works spokesperson Kerjon Lee shared, “It’s a conversation starter, [which] we’re using . . . to kind of guide people toward changing their behaviors.”