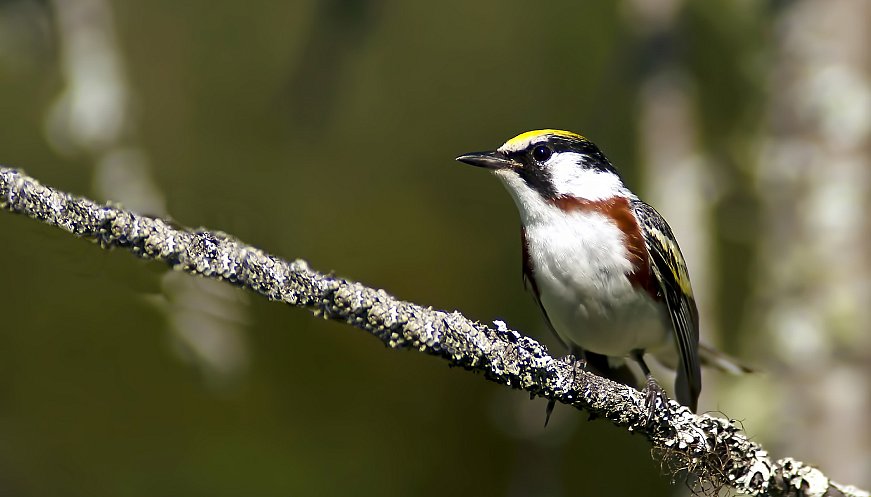 Wildfires, mostly caused by humans, swept through the southern Appalachians in late 2016, causing the death of thousands of trees that provide wildlife habitat. Despite the fact that the tree canopy in severely burned areas had been reduced by more than 90%, within 5 years, shrub cover increased 70%, and bird species and diversity doubled in the severely burned areas compared to the unburned areas. From 2016 to 2019 in western North Carolina, researchers measured the state of three burned and unburned areas of the Nantahala National Forest, and conducted a bird count during the breeding seasons in the spring and early summer. They found three species of birds in the unburned areas that prefer shrubs over canopy trees, and forest bird species diversity also increased the most where there were the most tree deaths and shrub recoveries. “I think a lot of the forest birds are not as particular as the literature might have previously suggested, as long as there is some vertical structure — like some live trees or standing snags — and cover,” said Cathryn Greenberg, a research ecologist with the U.S. Forest Service and the study’s lead author. “Other studies show that even mature forest birds bring their young into recently disturbed areas, where insects and fruits are abundant, to learn how to forage under thick shrub cover for protection.” Although more research is needed to see how the birds will respond in the long-term, this study could influence regional fire management and forestry practices.