Where the Bison Could Roam 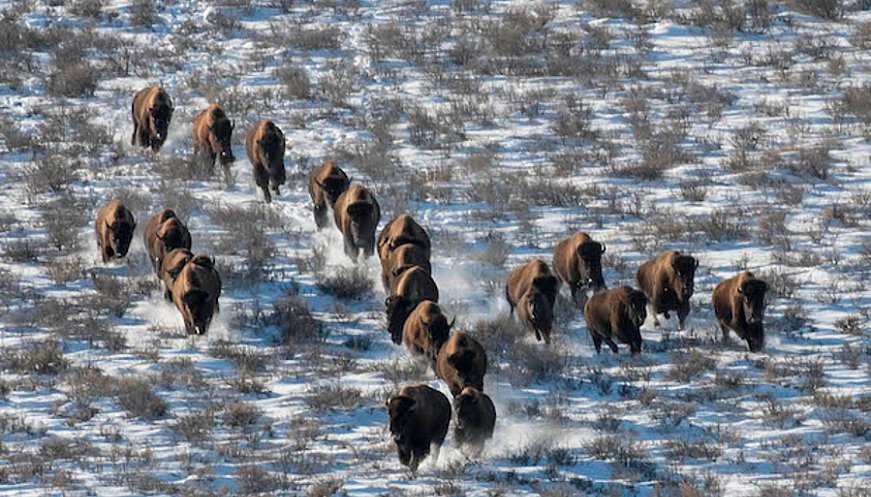 A project to restore a bison-driven grassland ecosystem by settling 6,000 bison on 500,000 contiguous acres in the Great Plains is taking longer than the decade once envisioned. The 30 million and 60 million bison that once roamed there were a “keystone” species in a complex ecological web, but such intact grassland biomes are now among the world’s most endangered, primarily due to cropland expansion. In 2008, ecologists and experts estimated that for a functioning prairie ecosystem, at least 5,000 bison needed to be able to migrate freely on some 450,000 contiguous, fenceless acres. Since the first 16 bison were brought to the non–profit American Prairie in Montana in 2005, their numbers have grown to 774 and native American communities in Montana already have herds of their own, but building up enough land is proving a challenge.