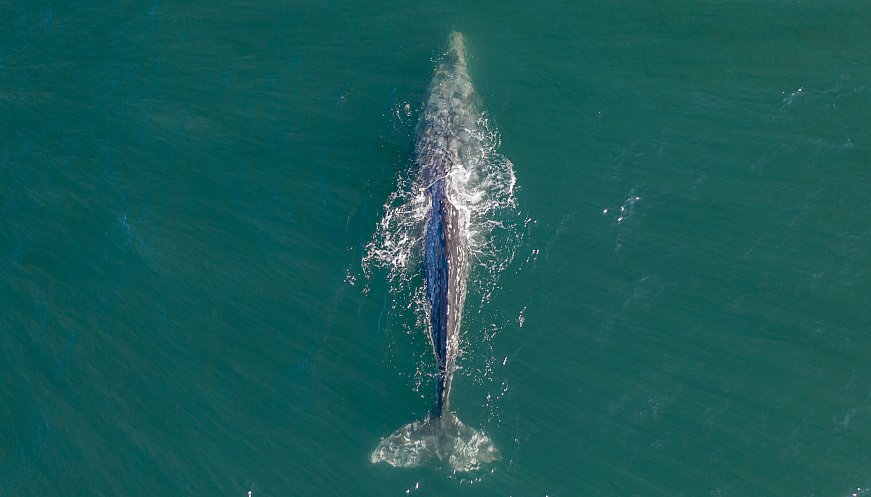 When people on a whale watching tour off the coast of California noticed a whale splashing and then saw a pool of something red and orange appear, they feared they were witnessing an attack on the whale by a shark. Instead they witnessed the beginning of life, a gray whale calf being born. After the birth, the calf rested on its mother and the two could be seen nuzzling their faces together. Not only is it very rare for anyone to witness the birth of a gray whale in the ocean. The event is also reason for joy because the gray whale population is in sharp decline.