For First Time in 45 Years, No Rhinos Poached in Assam 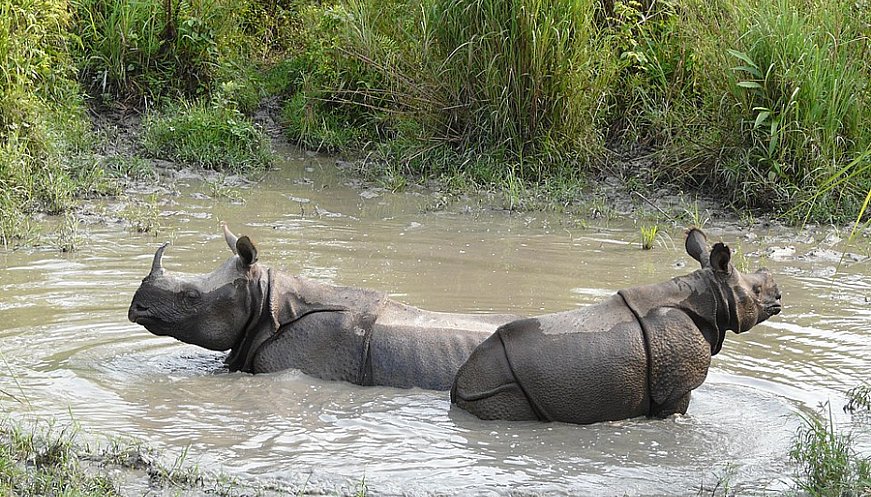 In 2022, for the first time in 45 years, the Indian state of Assam - home to the world’s largest population of one-horned rhinos - recorded zero poaching of endangered rhinos, whose horns supposedly have medicinal value. There are nearly 2,895 rhinos in the state with 2,613 in the Kaziranga National Park, 125 in Orang National Park, 107 in Pobitora Wildlife Sanctuary and 40 in Manas National Park. Around 1,400 personnel are involved in anti-poaching activities in Kaziranga, 200 in Manas, 150 in Orang and around 70 in Pobitora. A special task force, created in June 2021 with 22 senior police and forest department officials, coordinates the fight, and patrolling has become coordinated. Last year, 58 people were arrested. “If we continue with this pressure, rhino poaching will stop completely,” said special director general of police G P Singh. There is an international ban on trade of rhino horns.