A Love Story Between a Chinese Restaurant and Its Community 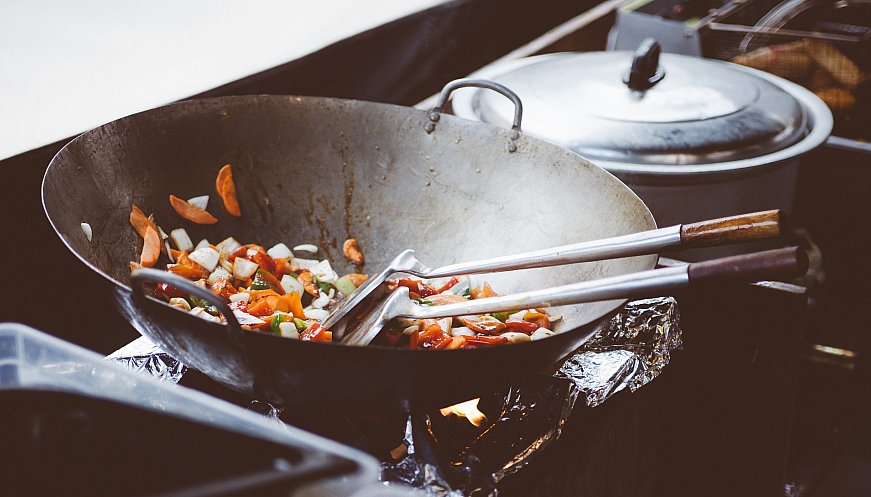 "This is, seriously, a love story," reports NBC Bay Area. "It's not between two people, though. It's between a Santa Cruz Mountains town and its Chinese restaurant. The people of Boulder Creek seriously love The Red Pearl and its owner, Jenny Wu. And she loves them right back." Like many restaurants, when the pandemic hit, The Red Pearl's business took a big hit. But then, when California wildfires tore through the region in August 2020, Wu's home was one of hundreds lost in the fire. The restaurant had to be closed for weeks under evacuation orders. Even so, Wu's first thoughts were of her neighborhood. As soon as evacuation was lifted, "the first thing she did was came back into town and put out tables with meals for the entire community," a friend and customer, Valerie White, recalled. Residents in turn, raised thousands to help Wu get back on her feet after the fires. But the story continues. Just last week, during a power outage, a thief stole $1,000 in cash from the restaurant. When customers got word, they setup a GoFundMe page that has already raised almost seven times the amount lost. Customers are going out of their way to give Jenny business. Last weekend there was a two-hour wait to order a meal, but not a single person complained. Others even stopped by just to put money in Jenny's hand. "I feel tears. I feel so moved," Wu said.