Without Power, This Texas Restaurant Gave Out 500+ Free Meals to Those in Need 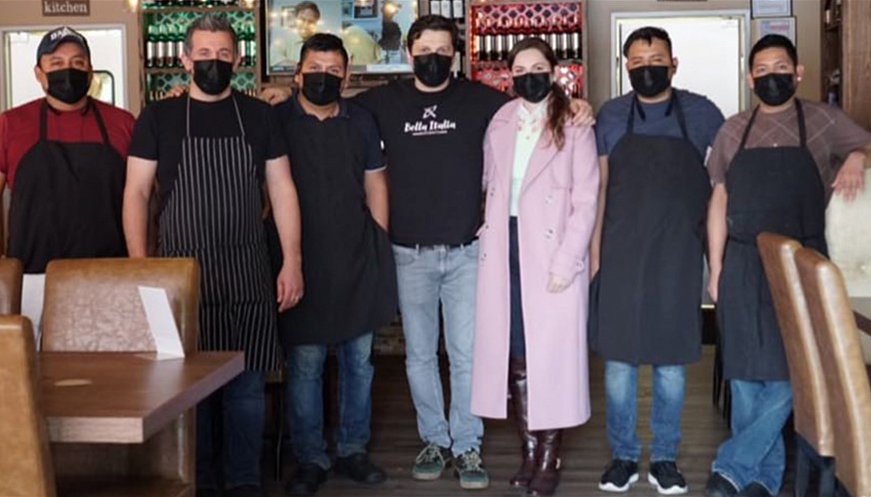 When the power went out in Texas last week, rather than closing down, the owners of a Texas restaurant jumped right in to serve more than 500 people their first hot meals in days -- for free. Using the restaurant's gas stoves, restaurateurs Ari and Blinera Isufaj, along with five staff members, whipped up hundreds of portions of spaghetti and lasagna for anyone who needed a hot meal. "I had multiple people sending photos from home saying it's their first hot meal in three days," Ari Isufaj told The Today Show. Their gesture of community caring comes as millions of Texans lost power for days, and many struggled with burst water pipes amid single-digit temperatures -- weather that's unheard of in the state. Ari Isufaj, 35, relied on the kindness of strangers as a 14-year-old in 1999, when he arrived in Texas as a war refugee from Kosovo. "When I first came here, it wasn't easy," he recalls, "People I did not know, who I had never met, helped me buy a backpack and bought me clothes to play soccer, and I never forgot that." The Isufajs' selfless gesture reflected their gratitude for the customers whose outpouring of support is keeping them afloat through the pandemic, which has shuttered 110,000 restaurants in the U.S. "When I thought I lost my business, these amazing customers stepped up and helped me," Isufaj said. "When this storm happened, it was just the right thing to do. There are a lot of people that are struggling, so we just paid it forward."