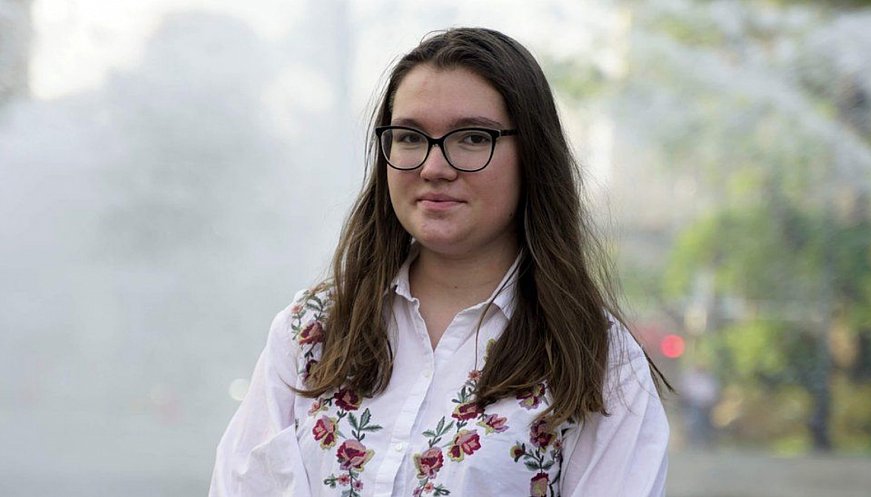 Last April, Krystyna Paszko was increasingly distraught to learn about rising domestic violence during the coronavirus lockdown. So the then-17-year-old launched a fake online store to offer a lifeline for victims trapped in their homes. The idea has won the European Union's Civil Solidarity Prize, a one-time contest awarding €10,000 (about $12,100) to organizations addressing consequences of Covid-19. "Firstly, I heard about the increase in domestic violence cases during the pandemic. Then I heard about a French initiative, where people go to the pharmacy and ask for a special mask that lets the pharmacist know they are a victim of domestic violence," Paszko described. "I thought it was a brilliant idea, so I came up with the idea of selling cosmetics." When a victim writes asking to buy a cream, a psychologist, instead of a salesperson, responds, asking how long the 'skin problems' have been going on, and how the skin reacts to alcohol. If someone places an order with an address, it is code for asking authorities to visit their home. Since its launch, more than 350 people have contacted the website. Most victims are under 40 years old, and 10 percent are male, most of them teenagers. "I thought it would only be for my friends and friends of friends. I thought I would help maybe one person or two, but the shares on Facebook were big, and it became really popular," Paszko said.