Arab and Jewish Hospital Medics Work in Solidarity Near Gaza 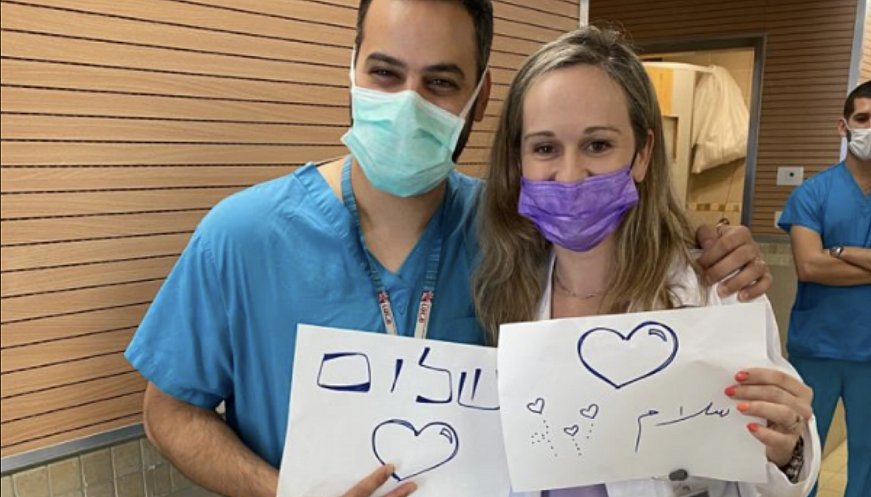 Amid rocket fire and Arab-Jewish violence on the streets, doctors and nurses at Assuta Hospital in Ashdod, Israel, have treated 111 people affected by the violence. Due to the hospital's 15-mile proximity to the Gaza border, medics of both Arab and Jewish faiths staff the premises. During the Muslim festival of Eid al-Fitr, much of the Jewish staff took on extra shifts despite concerns of violence, so that the Arab colleagues could spend the holiday with their families. The following week, many Arab workers took extended time away from family, even sleeping near the hospital, to give their Jewish workers time off during their Shavuot holiday. Hospitals have showcased the peaceful collaboration of Arabs and Jews, as the world witnesses the violent attacks nearby. On Sunday, May 16, 2021, Rambam Health Center in Haifa held a rally where almost 100 Jewish and Arab medics waved banners with slogans like: "Jews and Arabs refuse to be enemies." Dr. Diab Motlek, an Arab cardiologist who organized the rally, said: "We all work shoulder to shoulder in wards and operating rooms. We’re one big family, and that’s our message."