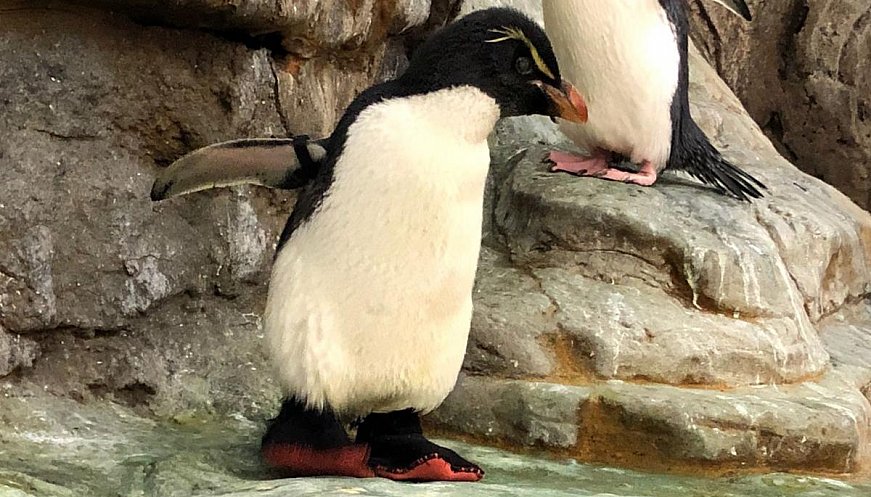 Enrique, a rockhopper penguin living at the St. Louis Zoo, is 30 -- three times older than penguins typically live in the wild because he gets such good care. But his custom-designed black and red boots are what have made Enrique a social media star. Sprays and creams used by veterinarians to treat foot calluses caused by arthritis washed off. So zoo staff asked Thera-Paw, which makes boots for dogs and cats, if it could make him a cushioned rubber pair. The boots have made Enrique more active, and he no longer needs medicines. Keepers put the boots on each morning and take them off at night.