This Seattle Affordable Housing Project Is a Transit Rider's Dream 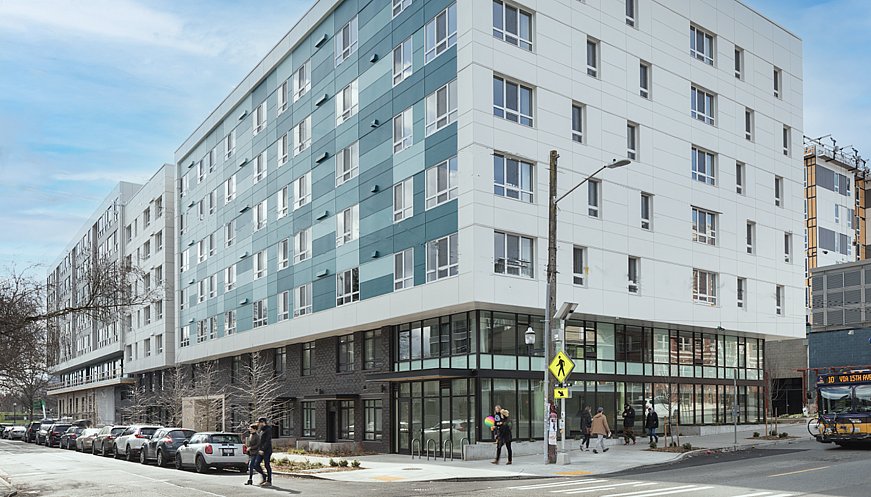 Photo: Community Roots Housing via Reasons To Be Cheerful

Station House is a 110-unit housing development that was built on land previously owned by Sound Transit, the regional transit agency that runs the area’s light rail system. The development is located near public transit and many amenities in the city. Twenty-five percent of the units are dedicated to affordable housing, meaning they're available to people earning between 30 and 60 percent of the region’s median income. It is a model that Sound Transit plans to replicate around the city and aligned with the vision of State Rep. Frank Chopp. Chopp helped write the law that requires Sound Transit to use 80 percent of its surplus land for housing and ensure that 80 percent of that housing is affordable to people earning 80 percent or less of the area’s median income. “One of the fundamental human rights is to have a home, for God’s sake,” Chopp said.