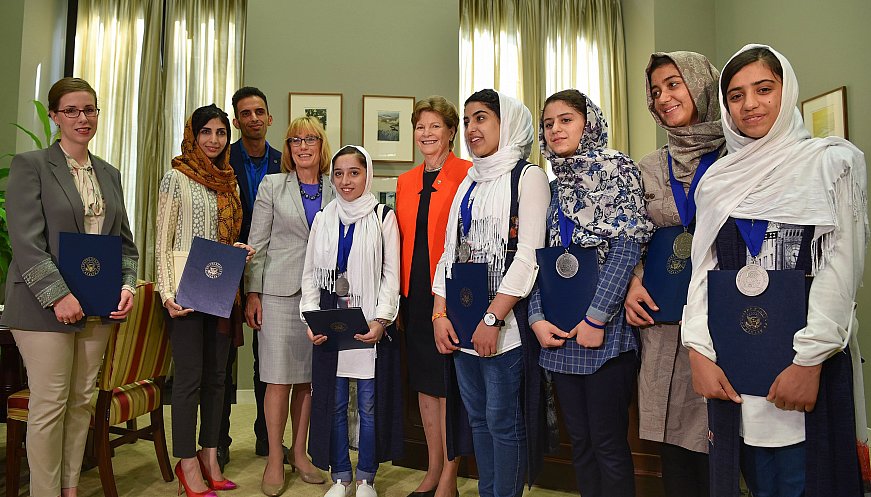 Ten girls from Afghanistan's girls robotics team have arrived safely in Qatar from Kabul and will be able to study there. The team consists of girls aged 16-18 who pursued their love of robotics and engineering in Afghanistan. The Digital Citizen Fund has worked with the Qatari government on the rescue since August and is working on bringing out the remaining members and their aides. "Ultimately the girls 'rescued' themselves," the DCF said. "If it were not for their hard work and courage to pursue an education which brought them in contact with the world, they would still be trapped."