Light of Appreciation: Chandelier Made of Vaccine Vials Lights up Dark Times 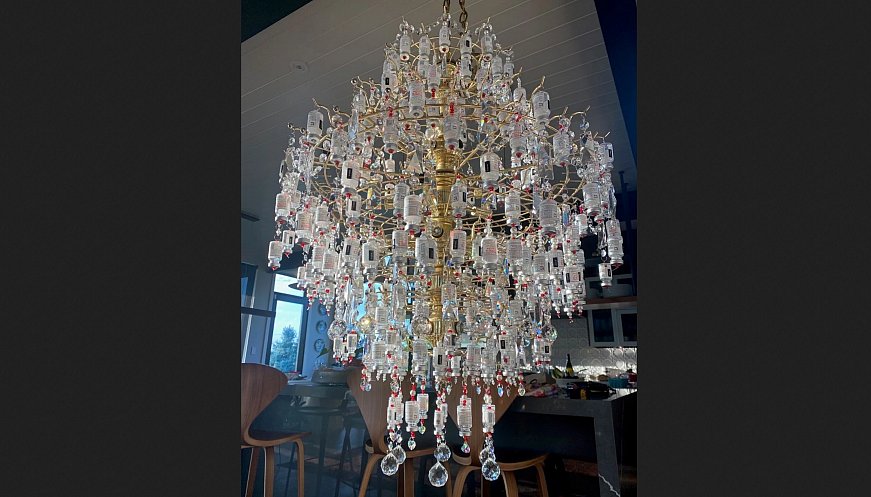 When retired nurse Laura Weiss received a call from the department of health asking for aid to vaccinate residents against COVID-19, she said yes. Over a period of seven months, Weiss and hardworking colleagues vaccinated over hundreds of thousands of people in Boulder County, Colorado. To pay tribute to such a collective effort, Weiss thought of doing something special. Seeing the beautiful empty vaccine vials that would go to waste, she asked if she might bring them home. When she chanced upon a Craigslist advertisement for a chandelier, inspiration struck. Using 271 glass Moderna vials and 10 small Johnson & Johnson bottles, she created a 4-foot-tall chandelier named the Light of Appreciation. "I knew I had wanted to do something with light because I felt like it's just been such a dark year and a half that I wanted to bring light to whatever it was I was doing," said Weiss. "It started just because I felt it was difficult to express my gratitude to the people I was working with, and the community effort that it took for so many people to get the vaccine." Weiss says the chandelier hangs in her living room at the moment, but she is looking to find it a permanent home. She hopes people can see it to take a moment to be thankful for a vaccine.