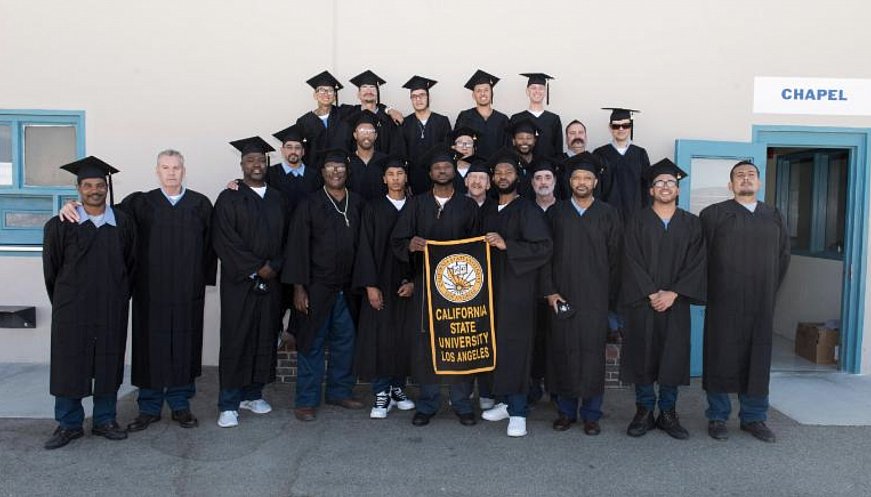 Education is freedom. It is also redemption. For 25 individuals at California State Prison in Los Angeles County, this was especially true as they received their Bachelor of Communication degrees from California State University, Los Angeles. They celebrated commencement from their prison yard, 70 miles from campus. The graduates were part of a program that worked in partnership with the university. "The freedom to create better lives. A redeeming quality in the sense that we can step out of an identity that was destructive and into the person our mothers always meant for us to be," said Dara Yin, one of the graduates, during commencement. "The opportunity to show that we are not our worst decisions." For the individuals, this a chance at a new life, a chance to heal the past, and ultimately about hope. Five of the graduates are now going on to complete their Master's degrees at Cal State LA. Several have had their sentences commuted and were released. Taffany Lim, director of the program said, "We believe that a college education is about breaking the cycle of incarceration."