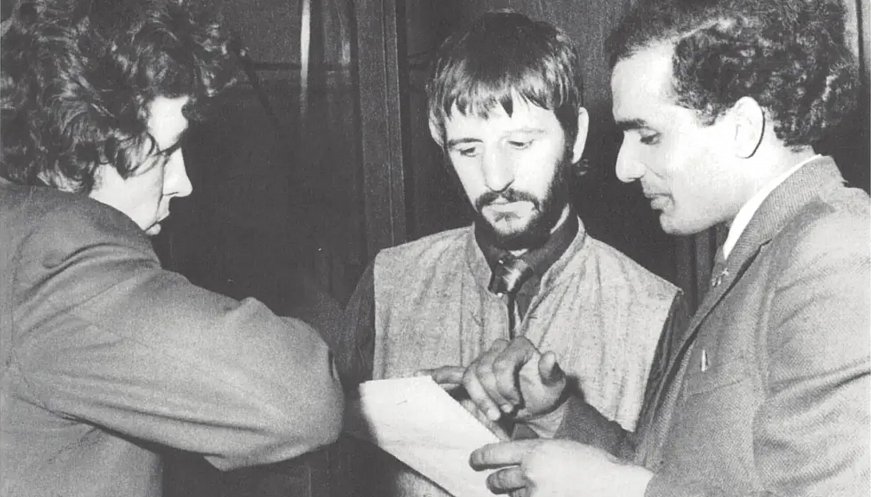 50 Years after it was recorded, a song featuring George Harrison and Ringo Starr was discovered in Suresh Joshi's attic. Joshi, 77, was recording music for a documentary when he met the Beatles in 1968. Harrison approached Joshi with the idea of composing and producing "a rock song in an Indian style." Ashish Khan performed vocals, while Harrison played guitar and Starr the drums for Radhe Shaam. During lockdown friends and family encouraged Joshi to find the tape. He finally did, and the track had its world premiere at the Liverpool Beatles Museum this week.