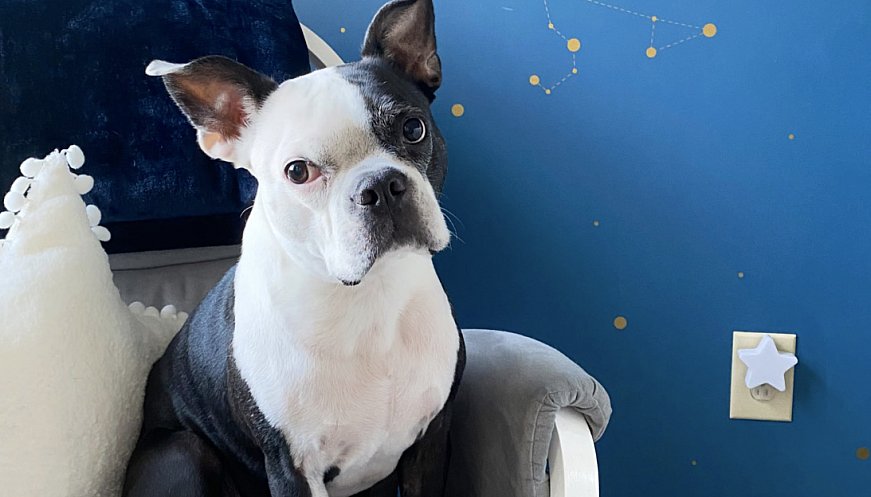 In Connecticut, US, an 8-year-old Boston terrier is credited with saving his family's 9-month-old baby. While Jeff and Kelly Dowling's daughter slept, their dog, Henry, began repeatedly barging into the nursery and waking the baby. "Usually the dog puts himself to bed and kind of keeps to himself, but that night, he was head-butting the door open and going into her room and standing there," Kelly recalled. "Every time I shoed him away, he would go back in as soon as my back was turned." Though her parents knew their daughter had a cold, Henry was the one who alerted them that the baby's condition was getting worse. During one of the canine's repeated entries into the nursery, Kelly noticed her daughter "wasn't clearing her airway. She started turning blue and going rigid. She couldn't get air -- couldn't get oxygen." The Dowlings then quickly rushed her to the hospital, where doctors were able to clear her airways. When they returned home, they gave Henry some extra love. "I don’t know what would have happened if he hadn’t woken her. We don’t deserve dogs," Kelly tweeted afterwards.