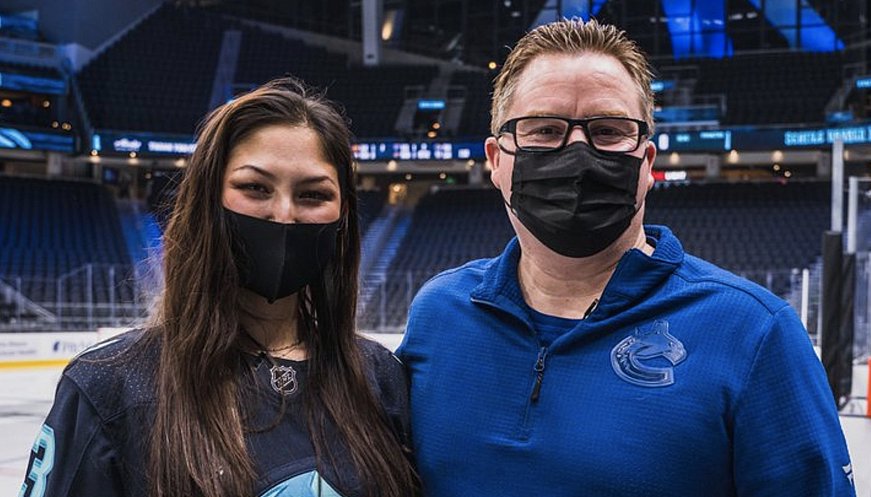 Nadia Popovici was watching a hockey game live between the Vancouver Canucks and the Seattle Kraken. A student preparing for medical school, Popovici noticed a suspicious mole on the neck of Canuck's assistant equipment manager, Brian Hamilton. It was raised with irregular borders, indicative of cancer. She typed the message on her cell phone, "The mole on the back of your neck is possibly cancerous. Please go see a doctor!" and pounded on the glass to alert him. It turns out the simple act would save Hamilton's life. Were it not for this, Hamilton may have died in five years. "The message you showed me on your cell phone will forever be etched into my brain and has made a true life-changing difference for me and my family," said Hamilton. Popovici was tracked down and awarded a $10,000 scholarship by both hockey teams for her medical school pursuits.