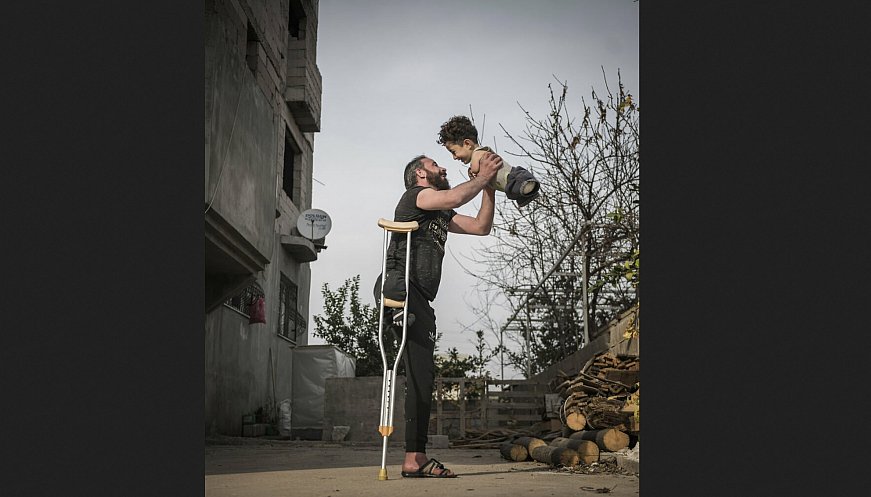 The photograph known as the "Hardship of Life" captured a moment between a father, who lost leg in a Syrian bomb attack, lifting up his son, who was born without limbs, into the air. The image went viral across the world. Eventually, it found its way to the organizers of the Siena International Photo Awards, who were so moved by the photo that they summoned all efforts to get in touch with diplomats, crowdfunding donors, and medical teams so the man and son could receive treatment. Munzir El Nezzel, the man in the photo, and his son, Mustafa, burst with joy when they found out the visas for their family came through. The family was relocated to a city center in Siena, Italy where El Nezzel and Mustafa will be under the care of prosthetic medical teams and benefactors. "This is a small city and the solidarity network is strong," Anna Ferretti, head of a Catholic aid association providing an apartment and financial aid for the family, told The New York Times. "Together, we are going to make it."