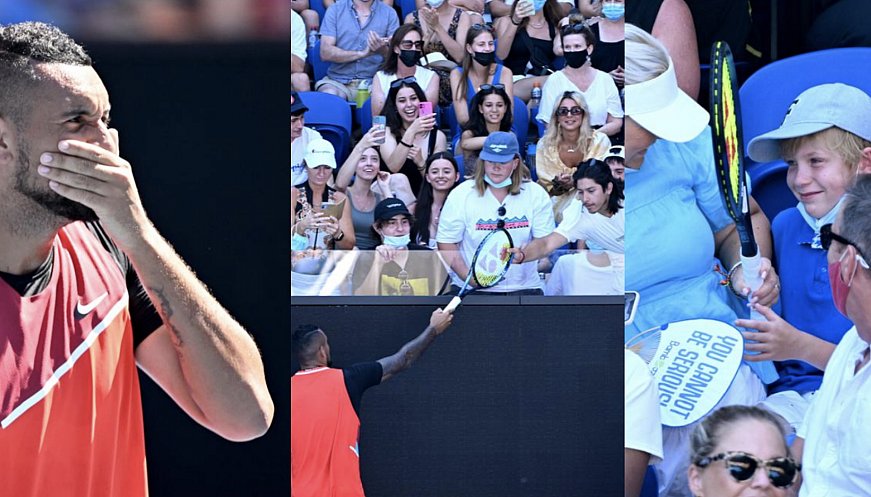 A swing and a hit by tennis player Nick Kyrgios wasn’t exactly an ace moment for him at the Australian Open. After smashing a dead ball into the crowd, it ended up hitting 9-year-old Fin Crane in the stomach leaving him in tears. Kyrgios was so embarrassed and upset seeing him crying that he pulled a racket out of his kit bag and handed it over to Fin, who did not end up with any physical injuries. Channel 9 commentators described Kyrgios’ response to the upset boy as a “fantastic gesture.”