There's No Korean Disney Princess, so This College Student Created Her Own 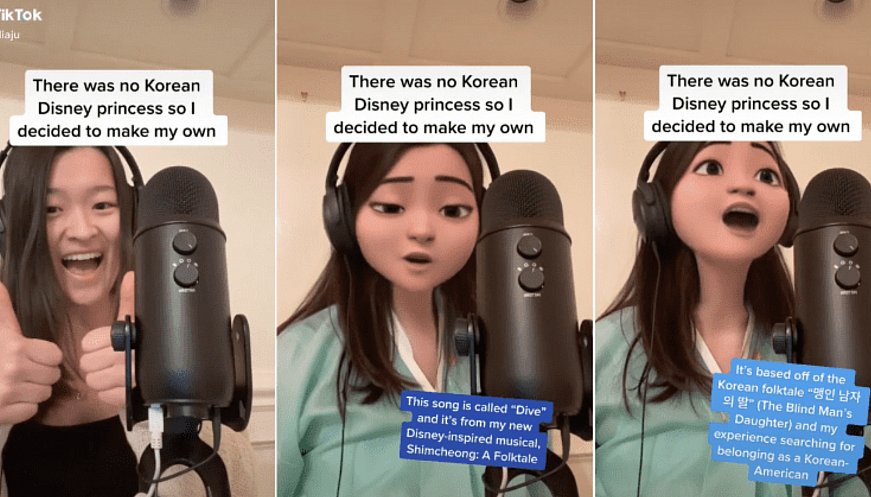 Julia Riew, a 22-year-old Harvard student who is Korean American has a "dream to write for Disney and to be a musical theater writer." With no Korean characters in Disney films, she took matters into her own hands by writing and composing an entire musical starring a Korean princess called, "Simcheong: A Folktale," for her senior thesis project. The idea came when her grandmother moved in with her family after becoming a widow. Julia started to regularly speak Korean in order to communicate with her, and rich stories from grandma's life began to surface. "I realized how out of touch I was with Korean culture," Riew recalled. Hunting for Korean folktales, she was inspired by "Shimcheong" ("The Blind Man's Daughter"). She said, "It was a story about a girl who goes on an adventure, but also a story about a girl who's looking for home. I think that was something that resonated with me. I discovered more about my own identity as a Korean American and as a composer and my finding my voice so it's been a lot of fun to work on." That voice is also finding resonance across the U.S. and world. "It's been meaningful to see [the] Korean American community coming together [to support] a project that I think would be really meaningful to our community," Riew explained. "And even now, it's getting a bit of traction in Korea. I think, for the first time, I'm feeling a sense of community and belonging that I've never really felt before." Her incredible tune titled "Dive" has been viewed almost 1 million times on TikTok.