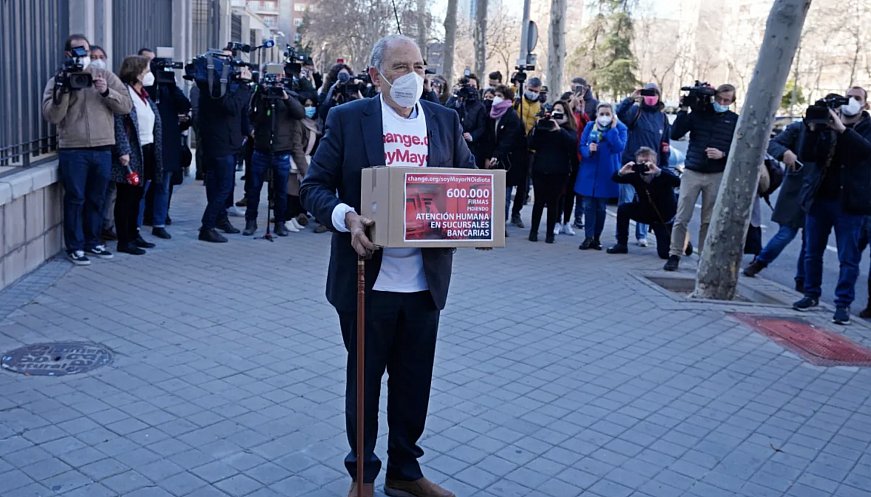 Photo: San Juan brings a box with over 610,000 signatures for a petition to keep in-person customer services at bank branches. Paul White | The Associated Press

In the age of technology, banks are increasingly driving business online. Determined not to be pushed aside by technology, 78-year-old Carlos San Juan, a retired doctor from Valencia in southeast Spain is on a mission to keep in-person banking available. Feeling left out by the shift to online banking he is handing government officials a petition with more than 610,000 signatures, amid a wave of national support for his cause. Spain has an estimated 10 million retirees and he was motivated by the “desperation of many, many people who feel excluded.” "We don't deserve this exclusion," he said, demanding "human attention" when he goes to a bank. He said at times he felt "humiliated" when asking for help from a bank employee "and they treated me as if I was an idiot because I couldn't do it." His slogan on change.org is "SoyMayorNOidiota" ("I'm a senior citizen, not an idiot").