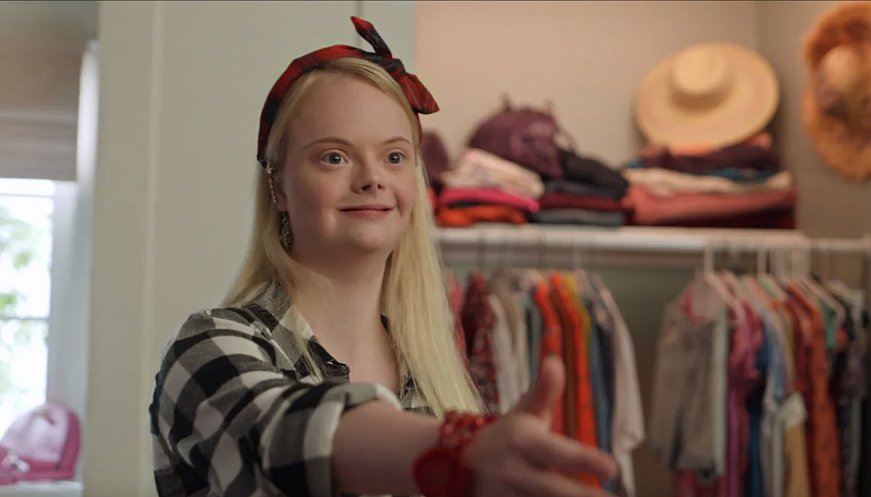 Madison Tevlin is a teenager from Toronto, Canada who works in the entertainment industry. And by the way, she has Downs Syndrome, but that doesn't stop her from being a triple threat. She's an actor, singer and dancer. After her YouTube cover of John Legend's 'All of Me" blew up in 2015, she's onto her next gig: a Canadian Broadcasting Corporation show called "Who Do You Think I Am", interviewing guests who are misperceived due to their exterior appearance. "People may think that we can't do lots of things and assume things about us that are not always true," Tevlin told "CBC News". "That we can't walk, we can't sing, can't dance, can't live on our own and can't do all these things. But actually, I'm proving everyone wrong. "I think people think that people with Down syndrome can't do a lot, and they feel sorry for us," said Lily D. Moore, an American actress best known for her role as Rebecca in "Never Have I Ever", the Netflix comedy created by Mindy Kaling. "We can go to college; we can own our own businesses. We want to live independently and we want to follow our dreams." Laura LaChance, executive director of the Canadian Down Syndrome Society, said that they frequently share casting calls in search of people with diversity in ability, which she says is a relatively new development. "I think that [talent agencies] have increased their reach and they've increased their hiring opportunities and they are looking at people of diversity who do apply to Canadian talent agencies."