At the Ukrainian Border, a Mother Brings a Stranger's Children to Safety 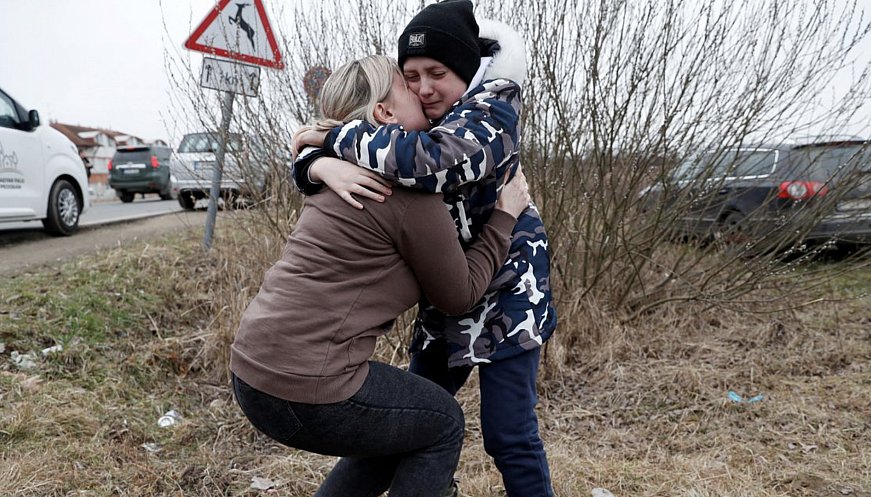 Clutching a mobile phone number of a woman she had never met, Nataliya Ableyeva crossed the border from Ukraine into Hungary on Saturday, entrusted with precious cargo. While waiting at the border crossing, Ableyeva had met a desperate 38-year-old man from her hometown with his young son and daughter. The border guards would not let him cross and he needed to get his children to safety. "Their father simply handed over the two kids to me, and trusted me, giving me their passports to bring them over," she said. The children's Ukrainian mother, Anna Semyuk, was on her way from Italy to meet them and take them to safety, the father said. Ableyeva took the children by hand and together they crossed the border. On the Hungarian side, they waited for the children's mother. The little boy was crying when his mobile phone rang. It was his mother, she was nearly at the border post. After arriving, the children's mother, Semyuk, hugged her son and daughter and bundled them into the car. Then she thanked and embraced Abelyeva and they started to cry. "All I can say now, is that everything will be alright" said the exhausted and relieved mother.