Love in a Time of War. Ukrainian Soldiers Marry on the Russian Frontline 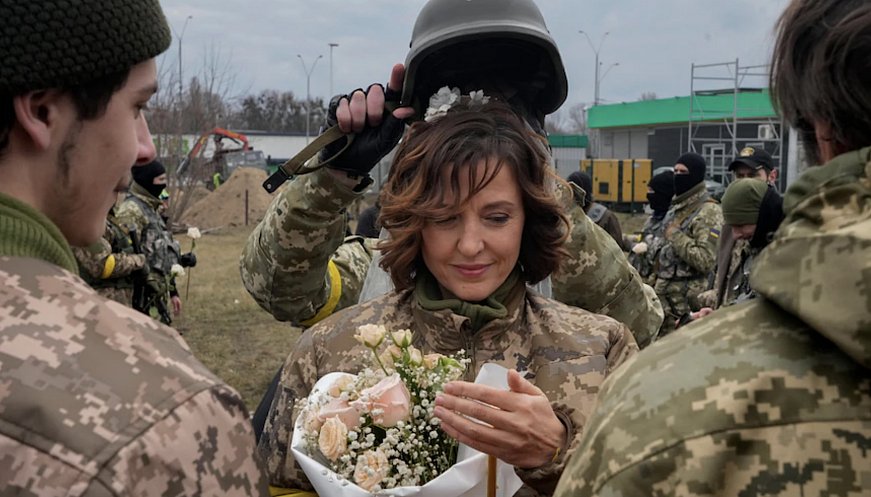 A Ukrainian couple who joined the fight against invading Russian forces have been married on the frontline. Lesia Ivashchenko and her partner, Valerii Fylymonov, who have been together for 22 years, tied the knot, right on the defense line in Kyiv. Lesia said they had planned a simple ceremony, in which they would just say "yes" to each other, but instead the couple was showered with music and flowers. "It was a surprise from my brothers in arms and our commanders to show that, despite everything, we believe in the future and life is going on," she said. "We decided who knows what will happen tomorrow. We should get married in front of the state, in front of God."