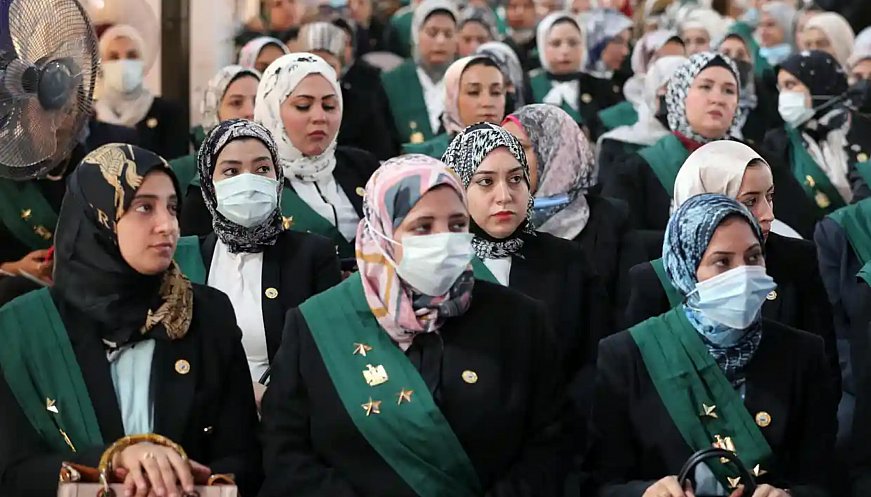 Photo: The swearing in ceremony of the 98 female members of the state council in 2021. Khaled Elfiqi | EPA.

Radwa Helmi has made history as the first female judge to sit on the bench of Egypt’s state council, a top court in the country. Helmi, making her appearance in a Cairo courthouse, was among 98 women appointed to the council, one of Egypt’s main judicial bodies, after a decision by the Egyptian president Abdel Fattah al-Sisi. “The fifth of March has become a new historical day for Egyptian women,” said the head of the National Council for Women, Maya Morsi. The move came shortly before International Women’s Day, which is March 8.