This 16-Acre Atlanta Park Was Built to Flood 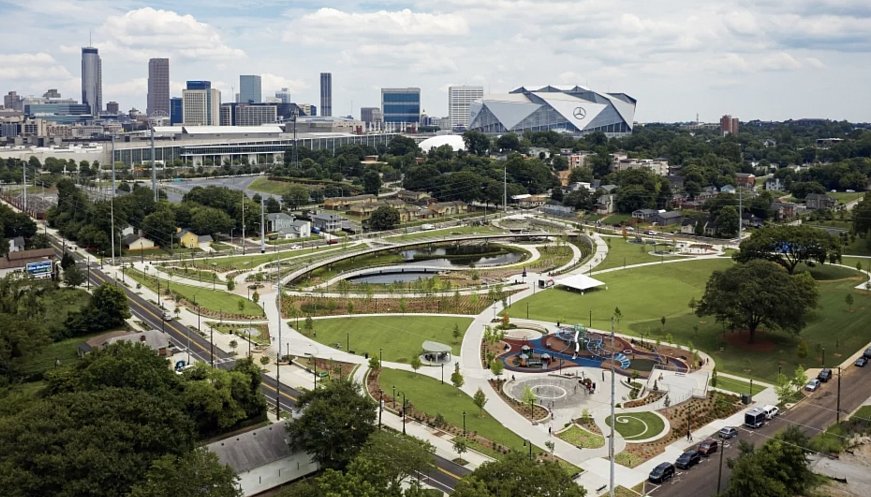 In the Vine City neighborhood outside of downtown Atlanta, GA, there were a few city blocks that were threatened by persistent flooding. In the early 2000s, the city bought up the most vulnerable 60 homes and tore them down. Wanting new use for the space the city of Atlanta and the Trust for Public Land teamed up and hired landscape and architectural firm HDR. What resulted was the Rodney Cook Sr. Park. A $40 million, 16-acre green space for neighbors to gather. It serves as an engineered drain, safely taking in water during heavy storms and eventually releasing it underground. It is designed to flood and protect the surrounding neighborhood. “Instead of being vacant land, which it was for more than 10 years after the homes were removed, we wanted to create a place that brought the community back together,” says Robby Bryant, HDR’s principal landscape architect.