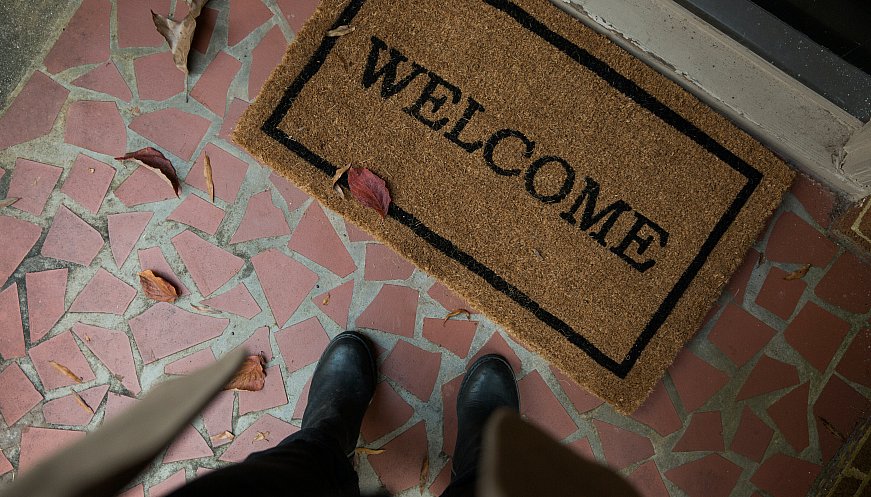 Three women and four children who fled Russia's war on Ukraine have a new temporary home in Germany after a Russian immigrant offered them space in his small apartment. Ilya Lyalkov, 30, has lived in Germany for 18 years opened his home to the refugees, according to public broadcaster Bayerischer Rundfunk, even though it is less than 40 square meters -- about 430 square feet. In addition to squeezing seven people into his apartment, Lyalkov made another change. He took down a Russian flag that had been hanging in his living room. It's been replaced by a smaller Ukrainian flag, with the word FRIEDEN -- "peace" -- written on it.