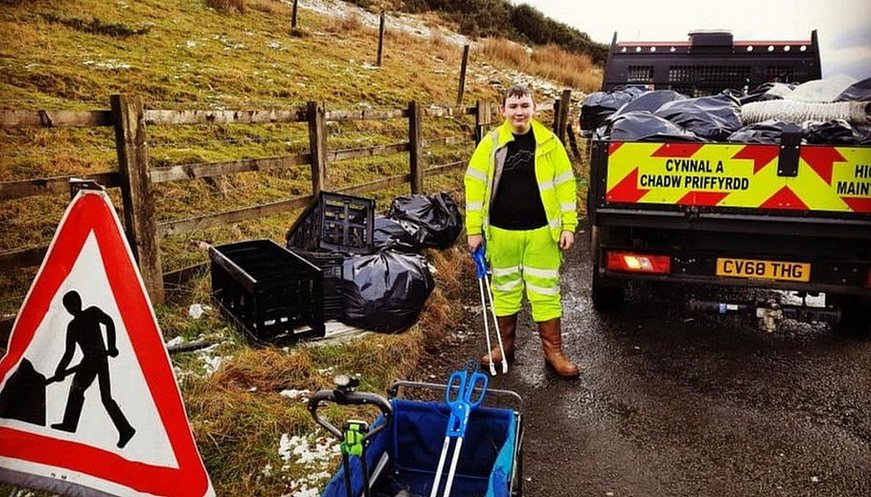 17-year-old Daniel Lewis received the Welsh government's St. David's Award in a ceremony last week. The teen was honored for cleaning up 25 tons of rubbish that was illegally left at fly-tipping (illegal dumping) hotspots in his community. His campaign garnered widespread support. The project also included the installation of closed-circuit televisions to catch violators. "I've always been passionate about our local environment" he told the BBC. "And as I was driving with my family over the Merthyr and Gelligaer common, I saw the disgusting amount of waste illicitly dumped there and decided I'd do something about it."