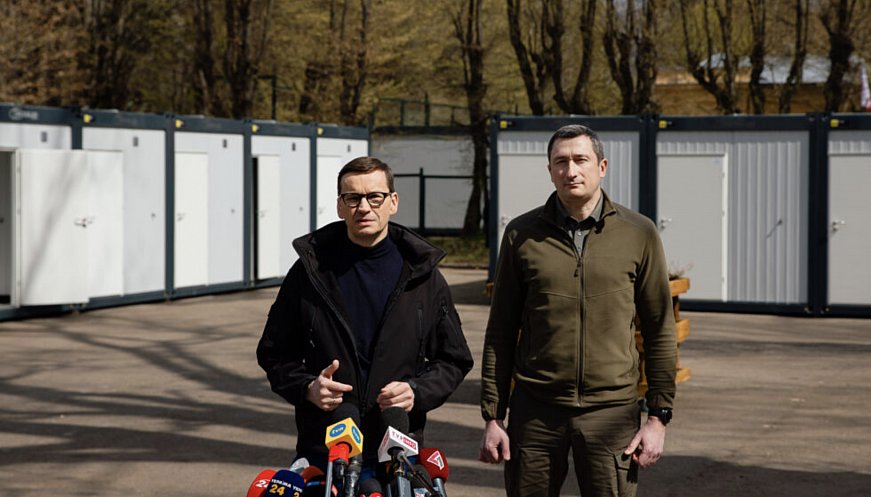 Prime Minister Mateusz Morawiecki has visited Ukraine to inaugurate the first of several planned “container towns” organized by Poland that will eventually host at least 20,000 people internally displaced by the Russian aggression. “We cannot leave our neighbors on their own,” said Morawiecki on Tuesday morning in Lviv, where he visited the first facility to be established, housing around 1,000 people. “We must sustain this fighting spirit also by caring for the most vulnerable.” The facilities shelter women and children. Five thousand will be housed in Lviv with the hope of further facilities around Kyiv.