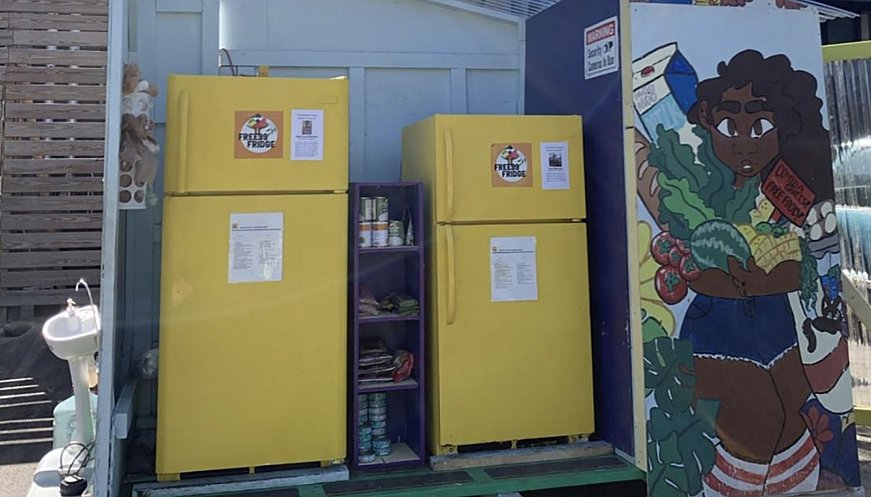 The community fridge movement took hold in Europe in the 2010s and has become increasingly popular in the US since the beginning of the COVID-19 pandemic. It has provided a simple outlet for individuals and groups to make a difference in their communities; it's a bite-sized way to make a dent in hunger, one bag of groceries at a time. The movement has brought to light needs that existed before the pandemic and exposed ways we have been socialized to think about helping others. "While we do want these fridges to serve those in need, we want to change that idea culturally. It's important that we move away FROM the idea that every action is need-based. We offer resources without gatekeeping. Food is a human right. And people deserve good food," said Eric Von Haynes who worked with Chicago mutual aid `groups` to form The Love Fridge, which now has 30 locations across the city.