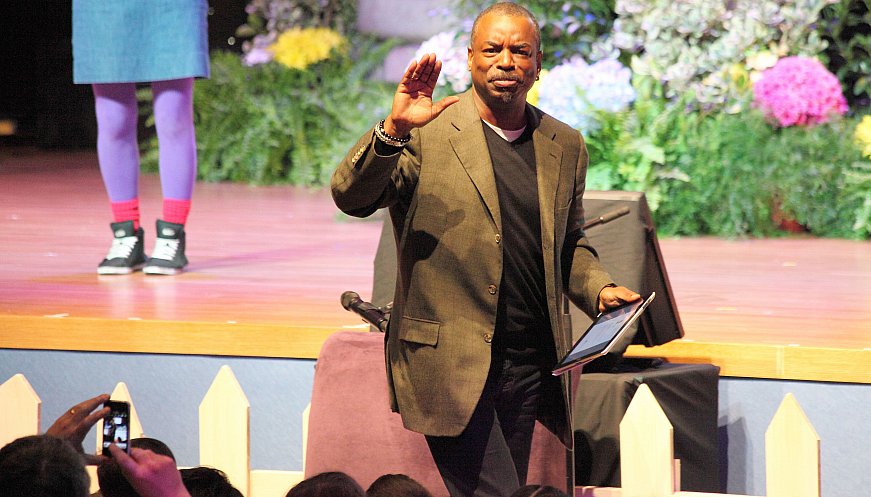 LeVar Burton, the former Reading Rainbow host, will receive a Lifetime Achievement Award at the inaugural Children's and Family Emmys in December, the National Academy of Television Arts and Sciences announced this week. Burton took on executive producer and hosting duties for the PBS kids' program in 1983. The show aired for 23 years, and won 12 Daytime Emmys and a Peabody Award. Whoa, Burton said on Twitter in reaction to the Lifetime Achievement Award.