Finding Tracy: How $100 Changed the Lives of Two Refugee Sisters 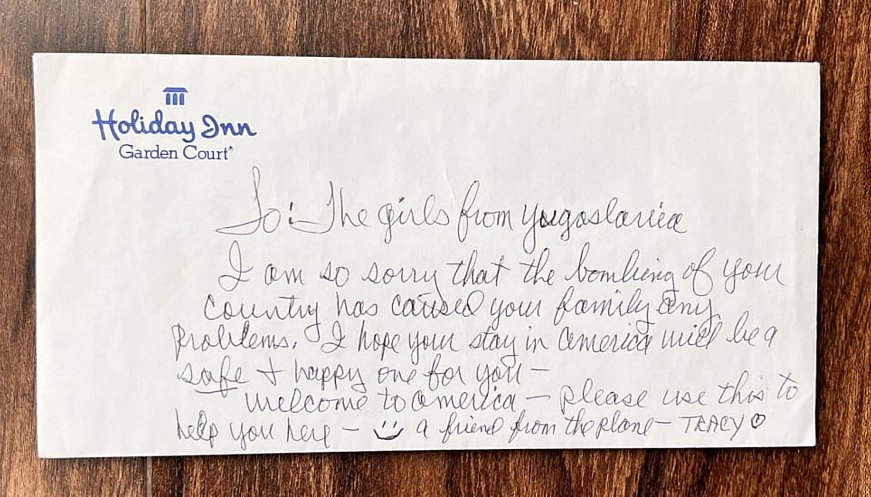 Ayda Zugay was 12 years-old when she and her sister, then 17, fled the former Yugoslavia for the US. On the flight, a woman named Tracy handed them an envelope with a $100 bill inside. That money, says Ayda, helped feed them for an entire summer while they scraped by. Since then, Ayda has pursued every possible avenue to find Tracy. "I want to be able to … thank her for her generosity, for her kindness, for her empathy," Ayda says in a video shared on Twitter. "I was wondering if you could help me find her." This powerful story of compassion is more important than ever, with the number of displaced refugees in the world reaching an all-time high, says Sarah Sheffer, who works with refugees. Ayda knows she might never find Tracy, but she will keep trying. Even if she isn't successful, more people might hear about Tracy and go out of their way to be welcoming to refugees. [Update: Ayda's story went viral and she and her sister have since found Tracy. The three joyously reunited on a video call in early May.]