The Carousel that Saved a Town 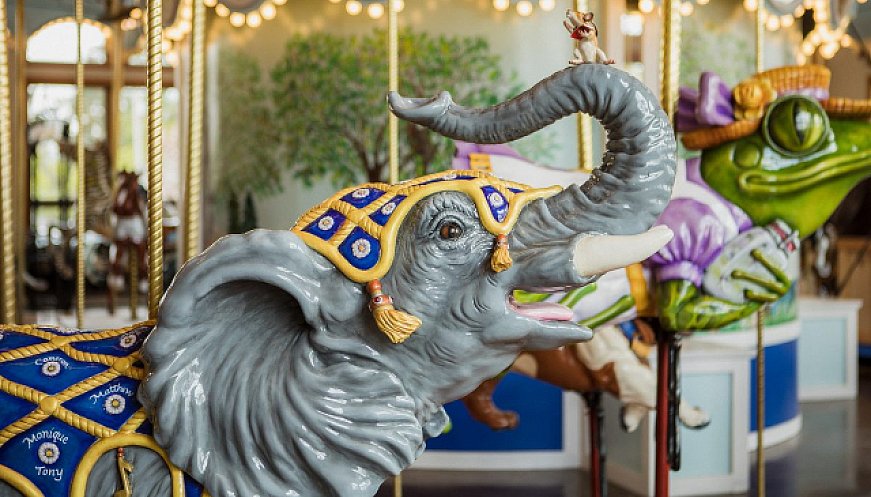 On August 15, 2017, the Albany carousel opened its doors, and it was magical. The carousel drew people downtown, with a line of about 3,000 people around the block. It brought to life an idea Wendy Kirbey had after a 2002 vacation when she saw how a carousel revitalized Missoula. Like many small towns, Albany had lost its local restaurants and retail traffic to a suburban mall. Downtown businesses were closing. The carousel brought together volunteers to carve animals and restore a 1909 carousel mechanism. Completed animals were displayed in vacant storefronts, and once the permanent building was complete, volunteers paraded the animals down the streets. The carousel has become a place where dividing lines of race, gender, and age disappear. Some of the Official Saddle Testers from 10 years ago are now volunteers, and recently, a woman celebrated her 99th birthday by riding the carousel.