Get On Your Bike: Coldplay Hopes to lead With a Green Tour 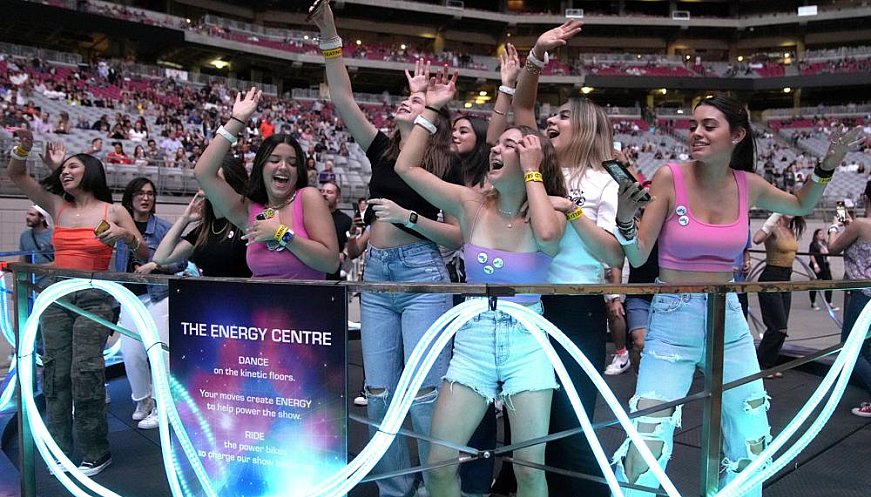 It is often said that fans at a live concert give the band a jolt of electricity; Coldplay wants to literally harness that. The pop superstars have added kinetic dance floors and energy-storing stationary bikes to their latest world tour, encouraging fans to help power the show as they dance or spin. It's part of a larger push to make the tour more environmentally friendly. The band has pledged to be as sustainable and low-carbon as possible, hoping to cut their carbon emissions by 50%. The artists are reflecting an overall push in the entertainment spherefrom sports teams to toy manufacturers to reduce their carbon footprints. A study by Live Nation found that 82% of music goers say they strive to maintain an environmentally sustainable lifestyle. "The more this is out there and the more people are taking initiative and coming up with new ideas, the quicker it becomes industry standard. When that tips to the point it's a no-brainer because it costs the same or less than traditional ways of doing it, that's when the floodgates open and then we make significant change," said the band's drummer Will Champion.