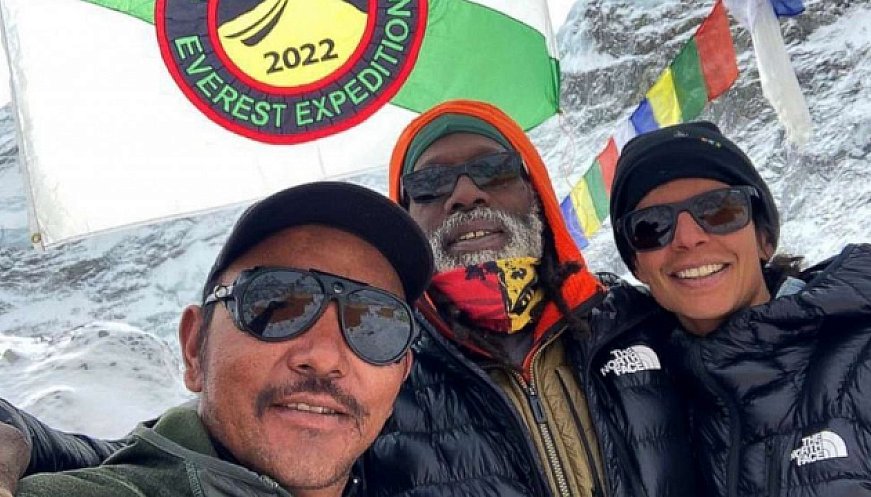 The first all-Black Mount Everest expedition team, Full Circle Everest, has reached the summit of the world's highest mountain, nearly doubling the number of Black climbers who have done so, as people all around the world cheered them on. The seven who reached the summit - Manoah Ainuu, Eddie Taylor, Rosemary Saal, Demond Dom Mullins, Thomas Moore, James KG Kagami and Evan Green - said they hope to inspire the next generation of Black athletes, climbers and mountaineers to new heights. "My big goal with this project is to help demystify the process of climbing your Everest; it doesn't necessarily need to be Everest," said Abby Dione of Full Circle Everest. The team, which tracked their journey on Flipgrid, thanked their local Sherpa climbing guides, who help hundreds of mountaineers.