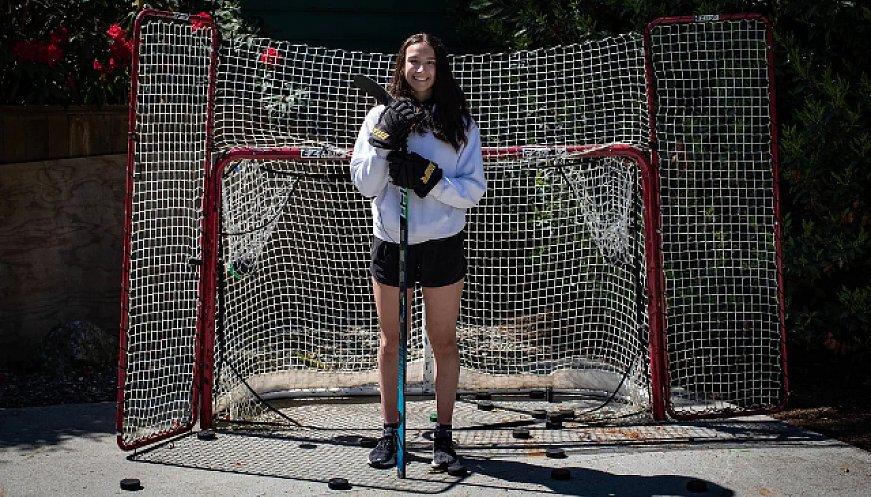 Fifteen-year-old Chloe Primerano, who has been on skates since she was three, has made history as being the first female skater ever drafted in the Canadian Hockey League. Primerano was drafted 268th overall in the 13th round of the 2022 Western Hockey League. The WHL, along with the Ontario and Quebec Junior Leagues, make up the Canadian Hockey LeagueCanada's highest level of junior hockey. While there have been appearances by female goaltenders in the league, Primerano is the only female skater to be drafted onto a team. She played last season with the Burnaby Winter Club's under-15 program, notching 2 goals and 17 assists. Hockey director Richard Matvichuk calls the club a "little hockey factory" where young players focus on fundamentals, with the goal of playing in the big leagues. Primerano joined the club's hockey academy two years ago.