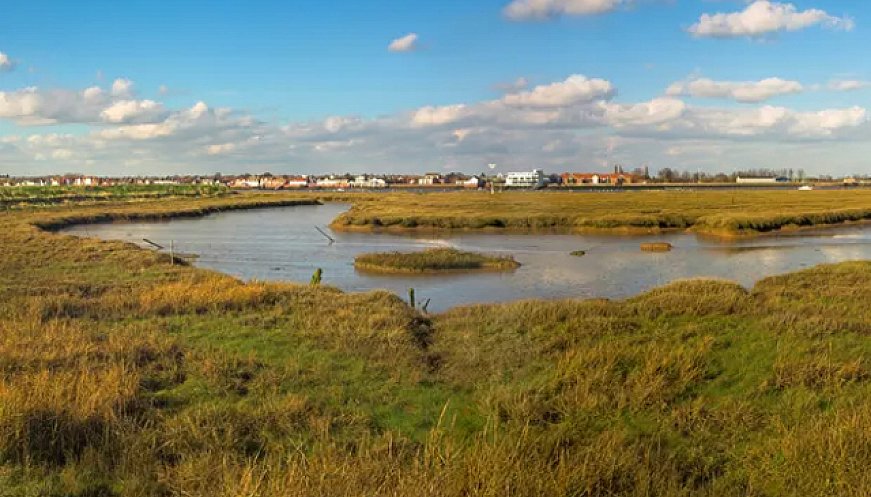 Photo: Royal Society for the Protection of Birds

Thousands of birds have moved into Jubilee Marsh, which was created from 3.5 million tons of earth dug up in the city of London during Crossrail's Elizabeth line project. The marsh, more than 160 hectares (400 acres) of mudflats, lagoons, marshes, fish pools, and grasslands, has long, gently rising shores to protect against rising water levels. A patchwork of saltmarsh islets that was drained over centuries to grow wheat, rape, and barley in fields protected by a sea wall, Wallasea Island on the Essex coast was bought by the Royal Society for the Protection of Birds for a new reserve, of which the marsh is the cornerstone. After the new soil was shaped and layered, the sea wall was breached simultaneously at three carefully selected points during low tide. Water poured in to form the islands and lagoons. More than 150 pairs of endangered avocets bred here last year, making it one of the UK’s largest colonies.