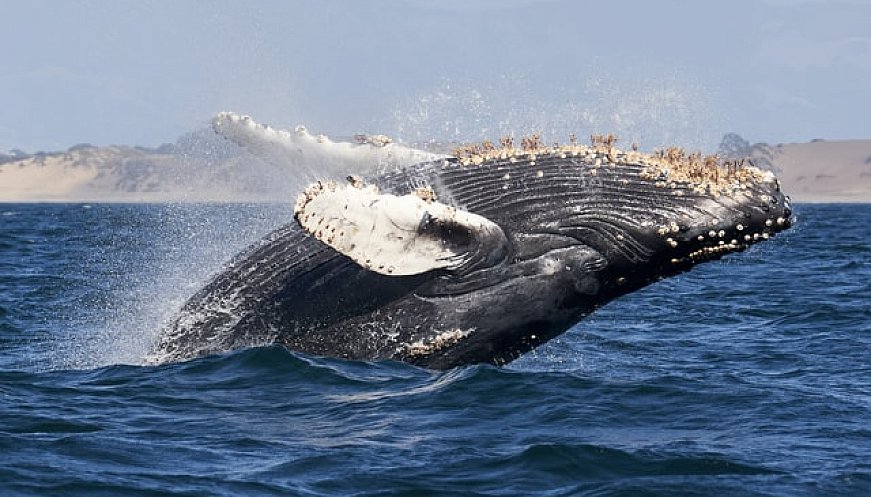 In a gripping underwater rescue, Spanish divers freed a weakened 12-meter long humpback whale entangled in an illegal drift net off the Balearic island of Mallorca. The whale had been spotted by a ship about three miles (4.83 km) off Mallorca's eastern coast, prompting Palma de Mallorca's Aquarium marine rescue center into action. Marine biologist Gigi Torras, 32, said the rescue was a great birthday present for her—the 'best ever.' She also felt that she received a little gesture of appreciation from the giant mammal itself. "It was like out of this world, it was incredible, just incredible," she said. It was only the third time that a humpback has been seen around the Balearic Islands.