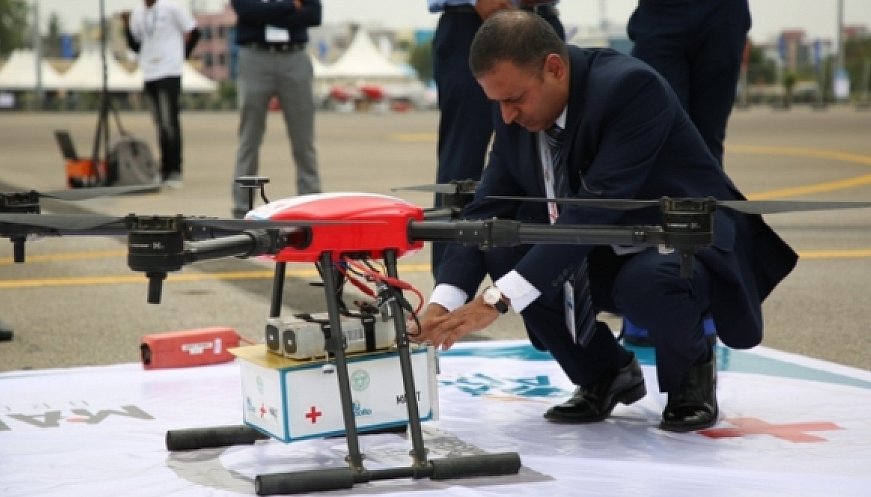 Most of India's 1.4 billion citizens are served by roughly 30,000 government-run primary healthcare centers. But at least 5-10% of them are inaccessible to medical suppliers due to geographic locations and natural disasters. The World Economic Forum launched the Medicine from the Sky initiative in 2019 to deliver vaccines to rural communities. Using lessons from similar initiatives in Rwanda and Ghana, the project has completed more than 300 vaccine delivery trials in remote areas in the state of Telangana. The trials were a culmination of efforts inaugurated by India's Minister for Civil Aviation, Jyotiraditya Scindia. The initiative is now expanding to other parts of the region, particularly the Himalayan belt where isolated communities will be served using drones. Medicine from the Sky was instrumental not just in paving the way for last-mile drone projects in India, but also for greater liberalization of aviation policy in the region.