Oldest Person Sails the Pacific Non-Stop, for the Second Time 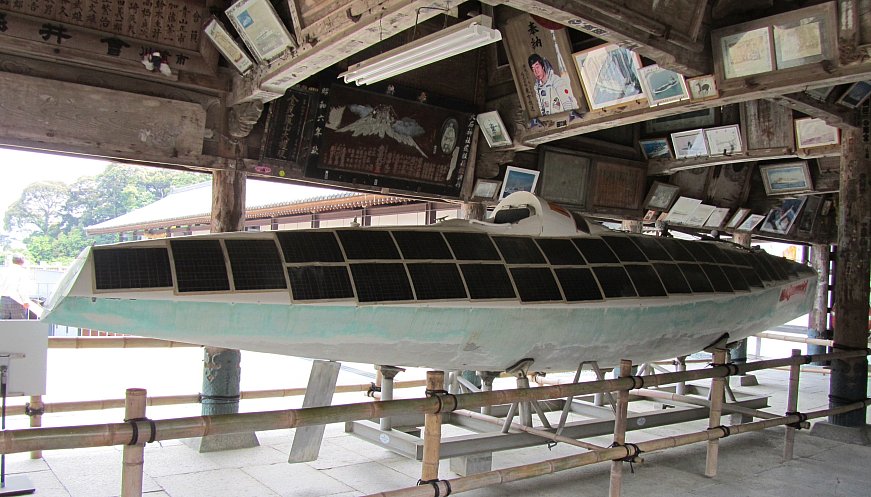 Kenichi Horie said his only fear about sailing solo non-stop across the Pacific Ocean was his age. He is 83. But he arrived safely off western Japan after leaving California on March 27. It is his second time. In 1962, he sailed unannounced through San Francisco's Golden Gate Bridge in a 19ft plywood boat after 94 days at sea without a passport or money, was arrested, then released and awarded a visa for his bravery. "Don't let your dreams just stay as dreams," he told CNN over satellite phone. He never has. He has traveled the Pacific in vessels made from aluminum cans, beer kegs and whiskey barrels and powered by solar panels and foot pedals. His first boat, the Mermaid, is at California's National Maritime Museum with a plaque: "Recall for a short moment, if you will, the deed of a young Japanese, who loved the yacht and the United States of America." Back then, he just had a radio; this time he phoned his family each day.