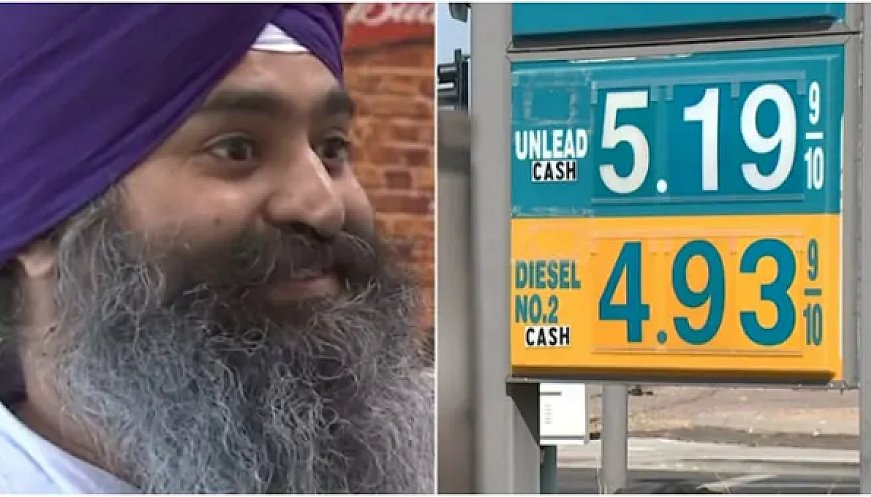 A Phoenix gas station owner is losing hundreds of dollars a day after shaving nearly 50 cents per gallon on its gas prices to help customers weather skyrocketing fuel prices. Jaswiendre Singh buys gas from a supplier for $5.66 per gallon but sells it for $5.19. He started offering discounts in March, decreasing the price by 10 cents. But with gas prices still rising, he wanted to do more. "[I do it] to give a break to the customer and my community. People don't have the money right now," he says. The station sells around 1,000 gallons a day so he loses about $500 per day. He and his wife also work longer hours, but he doesn't mind. "God gave me help. It doesn't matter. We are not here to make money right now. I'm very happy to help the other people." Twitter users lauded him. "Some heroes wear turbans," said one. After he bought the gas station in 2007, he lowered prices during the 2008 recession.