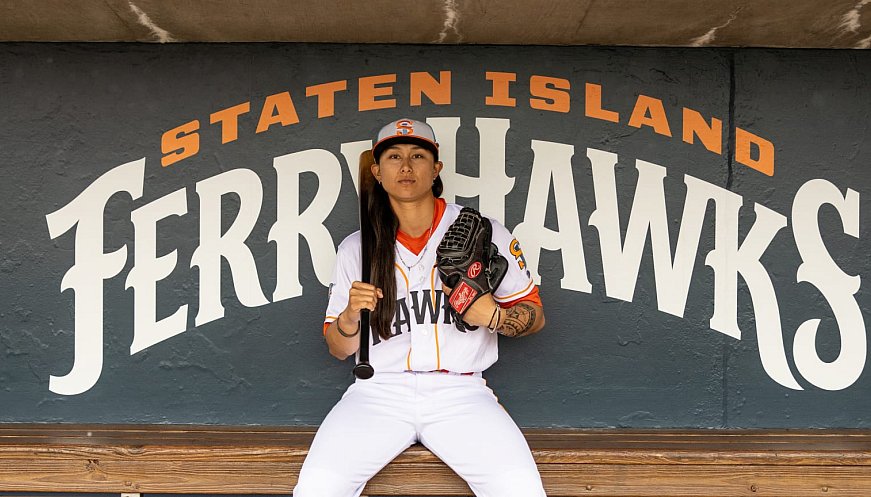 On April 8, 2022, Kelsie Whitmore signed a contract with the Staten Island FerryHawks of the Atlantic League, becoming the first woman to join a league affiliated with Major League Baseball (MLB). The independent Atlantic League was named MLB's first Partner League in September 2020. While it wasn't the 23-year-old's first foray into professional baseball -- the San Diego native played for the Sonoma Stompers in 2016 and 2017 -- given the Atlantic League's reputation as the highest level of the sport outside the Majors or Minors, it certainly was her most high-profile venture yet. So much so that she received a personal letter of congratulations from MLB Commissioner Rob Manfred, who wrote, "I have followed your playing career with great enthusiasm, and very much appreciate your significant contributions to the USA Women's National baseball team," and called her "an inspiration to baseball fans everywhere, and especially to girls who dream of playing professional baseball." Whitman herself said, "I wouldn't be playing this game if I didn't have the mindset and drive to want to hopefully, potentially, get there one day. It's definitely going to be hard; it's not going to be easy. But it's definitely going to be something that I -- in my head -- dream about, visualize, want to even just imagine it."