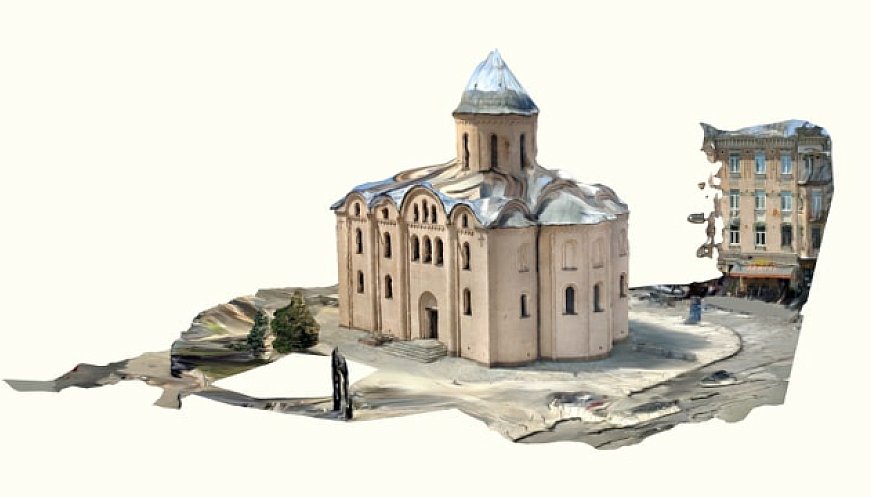 Ukrainian cultural heritage, large and small and public and personal, is being saved in a digital archive using an app that lets people scan items as detailed 3D models. It is the first time that a country's artifacts are being documented in augmented reality during a war. Backup Ukraine is creating such high-quality scans that they can be projected in a physical space for educational purposes and used to reconstruct destroyed artifacts. As of late May, 29 museums, 133 churches, 66 theaters and libraries and a century-old Jewish cemetery have been destroyed. Backup Ukraine is the brainchild of Virtue Worldwide, Blue Shield Denmark, and the Danish UNESCO National Commission. Local project managers are being recruited and 150 volunteers are scanning up to 10 pieces of heritage each day. More than 6,000 people in Ukraine have downloaded the Polycam app to access the digital archive since it was launched in April.