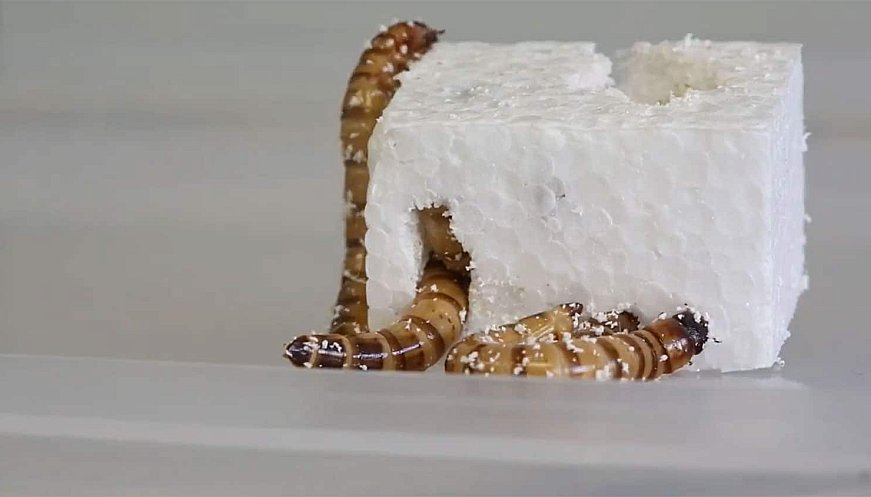 Plastics are inexpensive and widely used organic polymers, but their durability hinders biodegradation. A species of worm with an appetite for polystyrene could be the key to plastic recycling on a mass scale. Now, researchers at the University of Queensland’s School in Australia have discovered the common Zophobas morio ‘superworm’ can eat through polystyrene, thanks to a bacterial enzyme in their gut. Their findings offer new insights into plastic degradation and could help tackle plastic pollution. "Superworms are like mini recycling plants, shredding the polystyrene with their mouths and then feeding it to the bacteria in their gut. The breakdown products from this reaction can then be used by other microbes to create high value compounds such as bioplastics," said Dr. Rinke from UQ’s School of Chemistry and Molecular Biosciences. Scientists will research how to grow the gut bacteria in labs and further test its ability to degrade polystyrene; next they will look into how to upscale the process to the level required for an entire recycling plant.