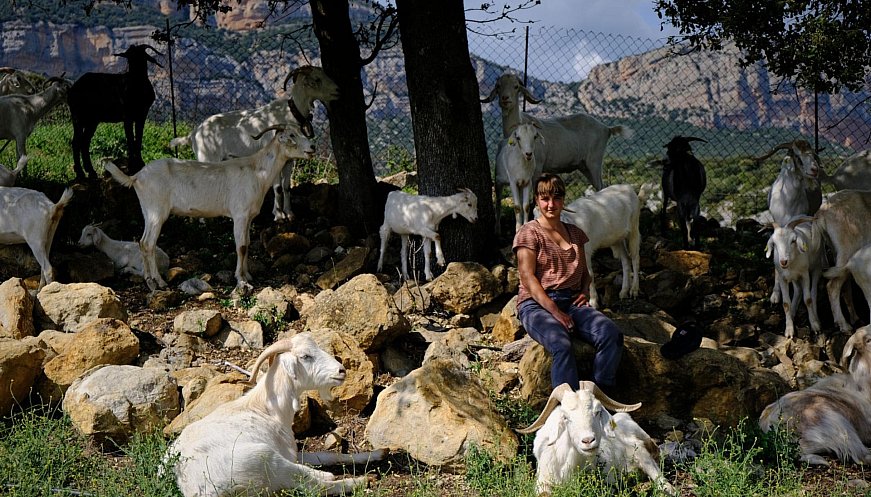 As summer nears in Europe, firefighters in Spain are gearing up to battle forest fires. Some of them are unlikely heroes: sheep and goats, and the shepherds who tend them. Spanish ecology professor Ferran Paune explains that unchecked forest growth has thrown Spain's countryside out of balance and sheep and goats as "natural ruminants, or grazers" can help. Four flocks of sheep and goats are now working and grazing the hills outside of Barcelona, tidying up the forest. One shepherd calls his herd a "fire flock." "My sheep and goats are firefighters. They're our firewall," said Dani Sanchez, a shepherd. Sanchez's fire flock is part of a pilot program run by Paune, the ecologist, and the Catalan government. If all goes according to plan, they'll provide the entire Catalan region with flocks, from the Ebro Delta to the south, all the way to the French border.