Giant Tortoise Is An 'Endling' - The Last of Her Species 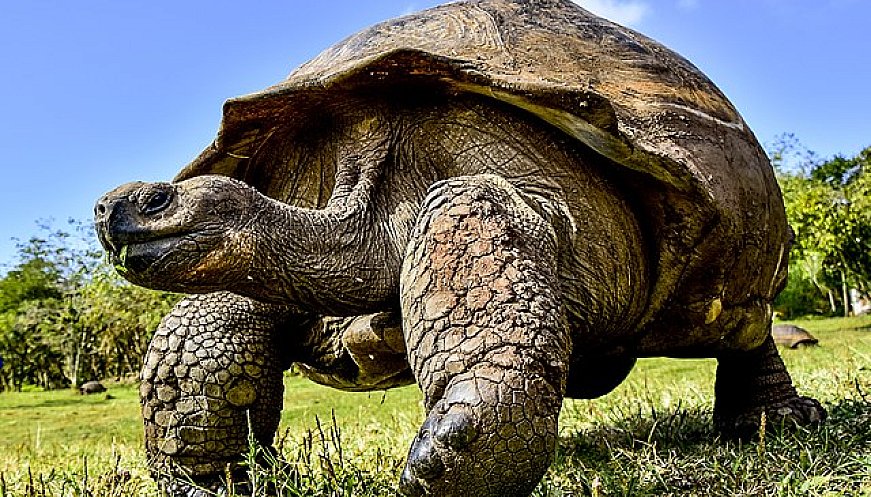 The "fantastic giant tortoise" -- a rare Galápagos species with a huge, flared shell -- was considered extinct since 1906. Then, in 2019, researchers found Fernanda, a lone female giant tortoise, on Fernandina Island. They weren't sure if she was of the same species or native to that island. By sequencing her entire genome and comparing it with the 1906 specimen, researchers confirmed that she was of the same lineage. That means Fernanda is considered an "endling," the last known individual in a species or subspecies. There are around 13 other species of Galápagos Island tortoise. Twelve species are under threat, and one species has long been extinct. Galápagos tortoises can grow to over five feet and more than 500 pounds and live for over 100 years. Though small relative to her species, Fernanda is estimated to be more than 50 years old, possibly due to stunted growth and limited vegetation.