Eagle Snatches Baby Hawk for Dinner, Ends Up Adopting It 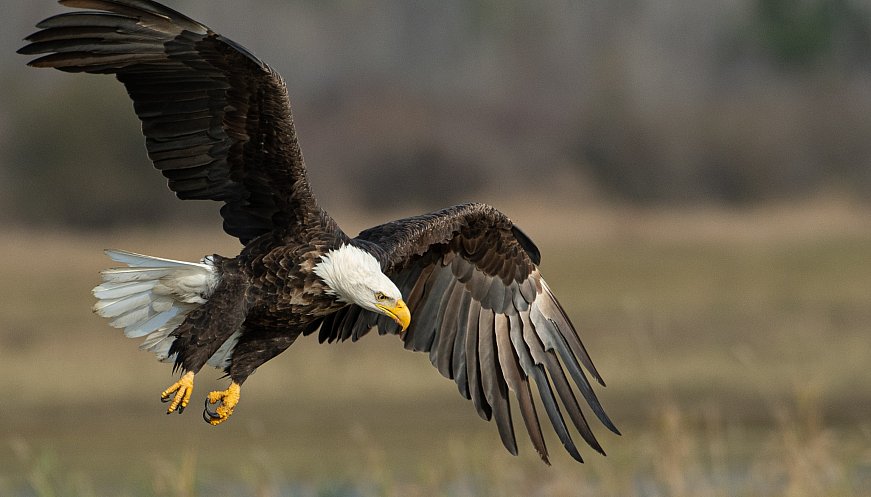 A pair of bald eagles near Nanaimo, British Columbia, Canada, have adopted a baby red-tailed hawk and are raising it alongside their own eaglet. But while the hawk is now part of the eagles' family, it could have just as easily been their dinner. "The bird likely came from a red-tailed hawk nest that was preyed upon by the adult bald eagles," ornithologist David Bird said. Webcam footage of the eagles' nest on Gabriola Island captured the mamma bird dropping the little red-tailed hawk into its nest earlier this month—likely "to be torn apart," according to Bird. "And the next thing you know, the little hawk bounces up and starts begging for food right away. That's what saved its life." At first, the mother eagle and eaglet kept their distance from the baby hawk. But by nightfall, they had become a real family, with the mother eagle feeding and fussing over both baby birds equally. Volunteer Pam McCartney said the eaglet's parents had lost one of their two chicks a few weeks prior, and she suspects the new hawk has taken its place.