Hungry Goats Are a Front Line in Fire Prevention 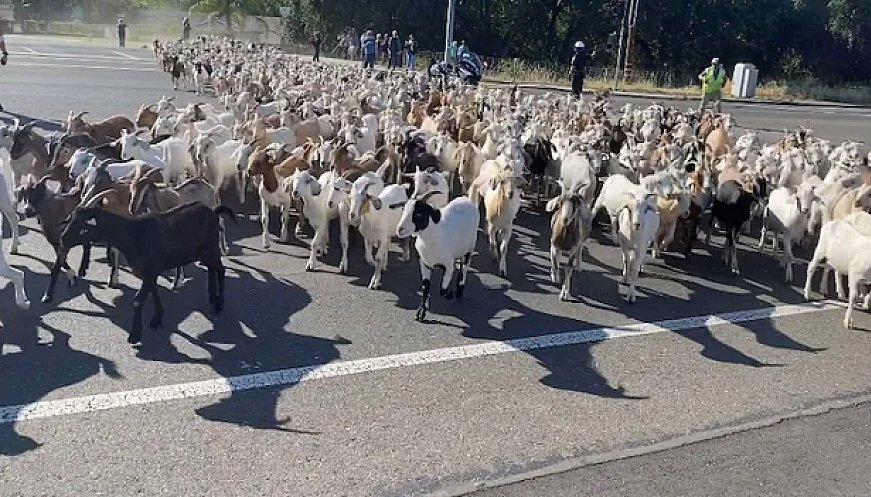 A 10-acre wildfire fueled by dry vegetation and strong winds was racing toward a condominium complex in West Sacramento, California when the flames suddenly slowed, sparing the buildings. While it seemed to be a miracle, it was actually the result of 400 hungry goats who had eaten the underbrush around a neighborhood of more than 250 homes. "Goats are really hard workers — they’ll eat anything down to four inches," said Paul Hosley of the city of West Sacramento, recalling the fire on May 20th. West Sacramento has used goat herds since 2014 as a fire prevention measure. "They can get into places where mowers can’t go, they eat all day without complaining and the fertilizer is free of charge," says Hosley. More than a dozen states, including Nevada, Oregon, and New Mexico regularly use goats for fire management, but they’ve also become a popular method around the US to remove invasive plant species.