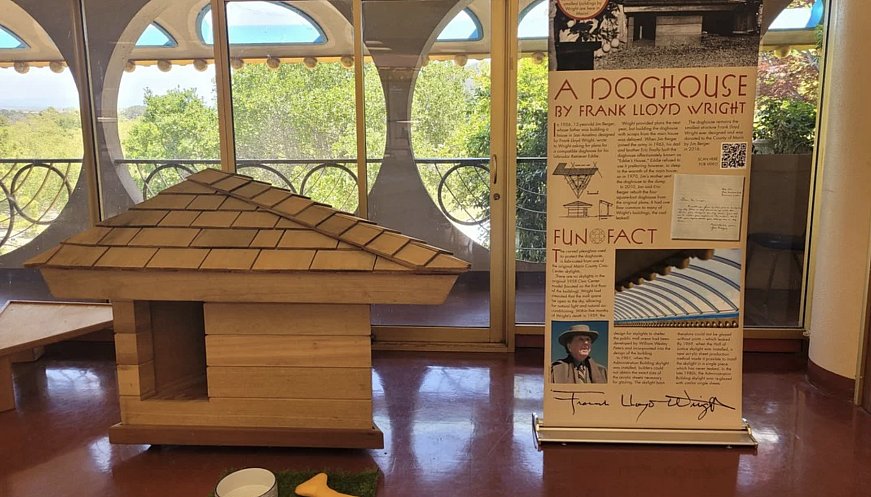 Although famed architect Architect Frank Lloyd Wright designed countless structures throughout his career, he's only ever designed one dog house. After Wright designed Robert and Gloria Berger's home in Marin County, their 12-year-old son, Jim, wrote a letter requesting a matching house for their family Labrador retriever, Eddie. Wright responded to the letter with illustrated plans for the dog home. The house was originally built by Jim's father and brother while he was away in the army, but Gloria threw the house out several years later. In 2010, however, Jim and his brother followed Wright's drawings and rebuilt the dog house, donating it to Marin County in 2016.